Get to Know December’s 2017’s CityMaker

Our December 2017 CityMaker, Ashley Troutman, has always had a deep passion for his hometown. Some say that Lakeland chose him, but he believes he also had to choose Lakeland. We’re sure glad he did.

One look at the laundry list of organizations Ashley is involved in and you just know—we’re talking about a true giver who always has Lakeland’s best interest at heart.

Ashley credits three important factors for his success and willingness to always give to his city: grace, a loving family, and a caring community. “Because of those three things,” he said, “I get a chance and an opportunity to humbly stand in these moments and accept awards like this”. 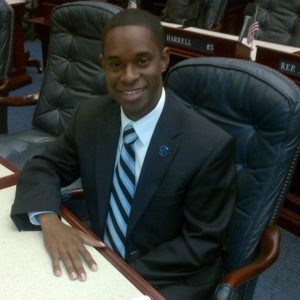 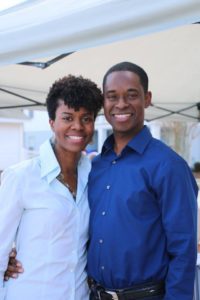 The Story of a CityMaker

If you look into Ashley’s lineage and his upbringing, you’ll quickly understand how deep Lakeland’s roots run in the Troutman family. His mother and father were also born and raised in Lakeland. They grew up in the Moorehead area of town, an African American community in Lakeland where The RP Funding Center now sits. Moorehead was established when railroad workers working on Henry B. Plant’s railroad lines moved there to begin construction.

“They both attended Rochelle High School. In the segregated years, that was the black high school,” he adds. Ashley’s mom worked for the City of Lakeland for 27 years. Ashley has four siblings, including a twin brother. They all grew up in Lakeland as well. His twin brother is a football coach at Kathleen High School, where Ashley is also a regular volunteer.

After graduating from both Polk State College and University of South Florida with a degree in business, Ashley elected to use his talents in Lakeland. He could have gone elsewhere, but he has his reasons for wanting to stay.

“When I was in high school, the constant thing I always heard from people was that they wanted to leave Lakeland and live somewhere else. They would say that there wasn’t anything here for them,” he said. “My thought process was, and still is, that if all of the talented, thoughtful, and able people uproot themselves out of Lakeland, then what will be left?” This reflection lead Ashley into a career as a Financial Planner at Northwestern Mutual in Lakeland, where he helps his clients grow wealth and protect themselves and their families from unexpected occurrences.

Never forgetting where he came from, Ashley has built his own family in Lakeland. He has been married for two years and his wife, Kia Troutman, is a transplant to Lakeland from Broward County. Kia is a realtor for the Berkshire Hathaway Group and is in the current Leadership Lakeland class. Unsurprisingly, she also loves being involved in the community, mentoring and speaking to at-risk young women.

The Terrible Parable of the Talents

A love for Lakeland and the influence of many service-driven people have lead Ashley to where he is now. And where is he now? Just about everywhere.

Ashley is Chairman of the Board for Lighthouse Ministries, Chair of the Half-Cent Sales Tax Oversight Committee, on the Board of Directors for the Lakeland Chamber of Commerce, a Board Member for Lakeland Vision, on the Alumni Association Board for Polk State College, a member of the Leadership Lakeland Class 27, an active member of his church, and an active volunteer at Kathleen High school.

One might think giving yourself to so many organizations is taxing, but Ashley has a different approach, and he credits the biblical “Parable of the Talents” told by Jesus Christ for helping frame his mindset. The parable tells an account of servants that were given talents by a man going on a journey. When he returned, the servants were asked to give an account of what they did with those talents and how they were able to make them grow. The servants that were able to increase the value of these talents were praised, and the servant who buried his talent in order to protect it was scolded. 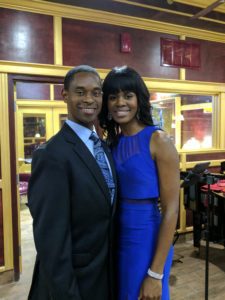 Ashley believes we have all been given a measure of talent and we have to be accountable, good stewards of those talents and put them to good use.

“I get involved because I want to give a good account of the talents that have been given to me,” he said, “So that I can say ‘here is what I have done as a good and faithful servant.’”

“What keeps me involved at Lighthouse Ministries is their mission to communicate the gospel of Jesus Christ to the poor and at-risk population among us and to meet their physical, emotional, and other needs,” he said. Lighthouse Ministries was founded in the mid 1970s and their vision as an organization is to help individuals achieve an overall outcome of God’s peace, life purpose, and fulfillment of potential.

“Some people go in without a high school education, and they come out with their GED. Some go in to refresh their educational skills to propel on and become college graduates or their job skills. They are being taught how to make financial decisions, helping them save money so when they leave Lighthouse they go on and become a contributing citizen to the Lakeland community,” he explained. Lighthouse Ministries also provides mental illness assistance for those struggling as well as a women and children shelter for those who have been displaced.

Ashley says that Lighthouse Ministries didn’t become the organization that it is now overnight. It took time, the investment of public funds, and the community rallying behind their mission. “I think the public dollars often follow the interest that people took in the area,” he said.

There are so many wonderful organizations and causes in our city that need those who are seeking to make meaningful contributions. For some, especially those who are younger, knowing where or how to get started can feel overwhelming. Remembering those who have helped him along his path, Ashley recommends finding those currently involved to help guide you. “Seek out the ear of those presently involved because they can give you tremendous insight on how to move forward with an idea and with your enthusiasm,” he said. Ashley says that he thinks his care for the community has encouraged others to do the same.

His advice? “Be present. Be present, available, and willing.”

When Ashley looks back on his life, he recognizes how easily he could’ve become a statistic. He was raised in a single income household with a young mother, his elementary school would’ve been an “F” school by today’s standards, and he grew up in a neighborhood filled with drug dealers. However, he decided early on that his passion lies in giving back to his community and helping others who may have the odds stacked against them.

His path wasn’t straight, nor was it without obstacles, but Ashley has found the best ways to utilize his talents in order to make his community better. Our December CityMaker is humble in his success and in the ways he gives to others, and he says he wouldn’t be where he is today without these three things:

Grace, a loving family, and a caring community.

Lakeland’s greatest resource is the citizens who champion community initiatives and who ultimately inspire others to Love Lakeland. They are passionate about Lakeland, they seek to improve the quality of life for all of our residents, and their daily actions and attitudes reflect their love for the community. Their focus is often outward, toward the world, rather than inward, and, as a result, every rock is hidden, every tree is planted, and every kindness is extended, inspiring others to be a little better and to be part of the solution, not part of the problem.