You are here: Home1 / Past CityMakers2 / March 2017 CityMaker: Lakeland Rocks Positivity plus simple, genuine happiness; these are the foundations of the Lakeland Rocks community, founded and run by Scott “Scooter” Urquhart and his family. It is this message of hope that has brought the Lakeland community together and inspired them to keep spreading the love. Their positivity vehicle of choice? Beautifully painted rocks, hand-decorated and hidden around the Lakeland community for others to find and re-hide, all in hopes of putting a smile on a stranger’s face.

The Facebook group entitled “Lakeland Rocks” is the gathering place for this community. Its membership has grown to nearly 30,000 (that’s ⅓ of the entire population of Lakeland) since October of last year, when the Urquhart family painted and hid the first batch of rocks, and Scott launched the Facebook group. Lakelanders have embraced this simple idea, and the happiness and kindness that it spreads, in a big way. It is this injection of positive energy and community unity that has earned Mr. Urquhart and his family the very first CityMaker award, presented by Mayor Wiggs.

The Story of Lakeland Rocks

Scott, a stainless steel sales manager, and his wife Kristy, a homemaker with a passion for crafting, have both been calling Lakeland home since they were kids. They are tied to the city by family and their love for the community, calling Lakeland, “the perfect balance of big city with a hometown feel.” They raised their two sons, 24-year-old Justin and 21-year-old Grant, in Lakeland, and both boys still call the city home. They always loved the Lakeland community, but it was not until a family trip to Vancouver, where they found their first “Vancouver Rocks,” that the family was inspired to bring the idea home and make their fellow Lakelanders smile.

“When you find your first rock, you’re a little confused, but then when you link up with the group and realize how big it is, it’s amazing. You’re part of this club, a part of this community, all dedicated to making others smile,” Scott said. “When you find a rock, you can’t help but smile about it. When you realize that a stranger did something, painted something, and left it somewhere and you stumbled upon it, it just gives you a warm and fuzzy feeling.”

It is this warm and fuzzy feeling that made the Urquhart clan – Kristy, Kristy’s mother, Bonnie, daughter-in-law, Lexie, and close friends – return home and start painting. Within a couple of days, the Urquhart’s dining room table was covered with over 150 painted rocks. After a few weeks of debate, the family gathered to canvas the city, hiding the hand-crafted treasures all over the downtown and South Lakeland areas. Scott created the Facebook group, and then it was time to wait. Two days later, responses started trickling in. 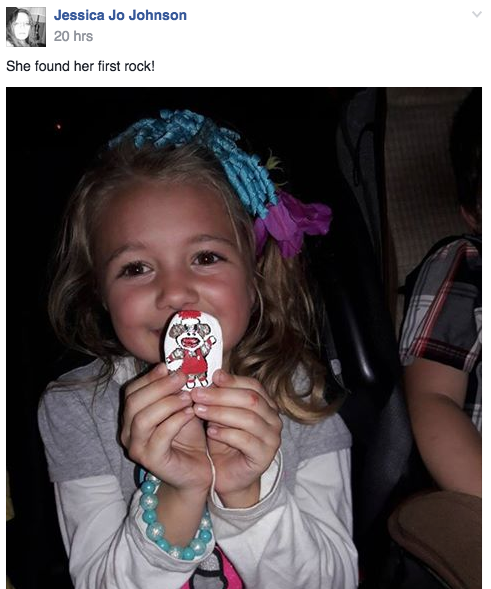 At the end of the group’s third week, the Lakeland Rocks Facebook group hosted roughly 360 members. The Urquharts were ecstatic. “We made it our goal to try and get to 500 members,” the couple recalls fondly. “We just thought it would be so amazing if we could get there.”

One night, the family went out to dinner, proudly checking in on their 356 members before they left. By the time they got home from dinner, the group had hit 1,000 members. Within a week, it hit 6,000, just from word of mouth. The buzz of the expanding group drew the attention of Fox 13. Following the news story, the group started averaging 1,000 new members each day. Now that things have calmed down, the group admins are still adding roughly 50 new members each day, reaching 30,000 members in just a few months.

Scott – delighted, humbled and amazed by the group’s rapid growth, thinks that this enthusiasm is a testament to Lakeland’s unity as a community, as well as our deep need for positivity as a society.

“There was so much negativity with this past election season,” Scott said. “We were starved for something positive. People grabbed it and ran with it because it was so joyful and they needed that. You see a community that you’ve never seen before when you look up from your phone and out in front of you, looking for rocks.”

“Positivity plus simple, genuine happiness; these are the foundations of the Lakeland Rocks community.”

“Positivity plus simple, genuine happiness; these are the foundations of the Lakeland Rocks community.”

It thus became their goal to keep the community a positive one, utilizing original and active members as moderators for the page, along with close family and friends to make sure that no negativity was tolerated in their joyful community. “We just want to make someone smile. If people don’t share that vision, we don’t have their words on the page. Simple as that,” Scott said.

Above all, Scott and Kristy are humble. “We didn’t do this,” Scott said. “The community has done this. The community here made Lakeland Rocks what it is. We were just the catalyst to get it started; the forum for them to create. These people don’t get anything out of it other than making someone smile. No matter who they are – no matter their race, religion, or background. It is just simple kindness to complete strangers.” And 30,000 Lakelanders want to do that – pretty incredible.

When the Urquhart’s picked up their first rocks in Vancouver, they never imagined the ripples that a few painted rocks could create. Before that day, the “city rocks” movement was known mostly in the western United States. Since the family brought the idea to Lakeland, it has swept the state, with groups popping up in over 12 other Florida cities and in 10 other eastern states.  A Lakeland rock has even made its way to the Caribbean Islands. However, within Lakeland, it is the personal ripple effects that matter most to Scott and Kristy.

When asked about favorite memories since starting the group, the pair shared stories of being chased down by teary-eyed individuals hoping to share their personal stories of how Lakeland Rocks has changed their lives for the better.

“It can be so simple,” Scott said, “Once, we were walking through Munn Park only to be followed by someone shouting our names. She was having the absolute worst day of her life, but when she was walking to her car after work, she looked down to see a rock that read, ‘Everything is going to be alright,’ and she broke down in tears. Those are the stories that make any sacrifices worth it.”

While Lakeland Rocks has become like a second full-time job for the family, with different events and demands every weekend and a growing facebook stream to monitor, the two couldn’t be happier. “Watching it grow….all these people with a common goal…I absolutely love it.” Scott said, beaming.

The couple also credits the Lakeland community with coming together and standing behind them in their message of positivity. In the group of 30,000 people, they have only experienced a handful of people trying to spread negativity and bring others down. “That really speaks to the community,” Scott noted.

They hope to see more unifying projects grow in Lakeland in the future, encouraging anyone with an idea of  something awesome to bring to the community with an enthusiastic, “Go for it.”

“It took us some time to get started because we were worried what people would think,” Kristy added.  “We worried that the community would think it was stupid or the city wouldn’t want it here, but you have to get past that. If you want to do it, take the leap. The community will be there to catch you.”

They also hope to see city leaders embracing other projects like they have theirs. “It’s all about communication,” Scott explained. “They came to us with concerns and we addressed them. They are listening to the community and supporting innovation. Just have a conversation and work together. We couldn’t feel more encouraged.”

Based on this interview and throughout the process of preparing for the CityMaker announcement, Scott and Kristy Urquhart were grateful for the recognition of the work they are doing. “We, as a group, including all of the admins and moderators and everyone who has helped to make this happen, are so completely humbled to be chosen as CityMakers,” Scott said earnestly. “The community has been so accepting of Lakeland Rocks. We didn’t do this as a family. The community made it happen.” 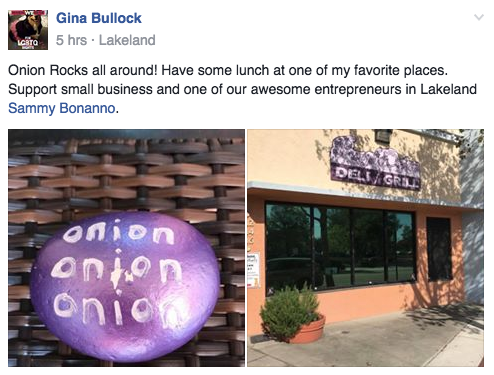 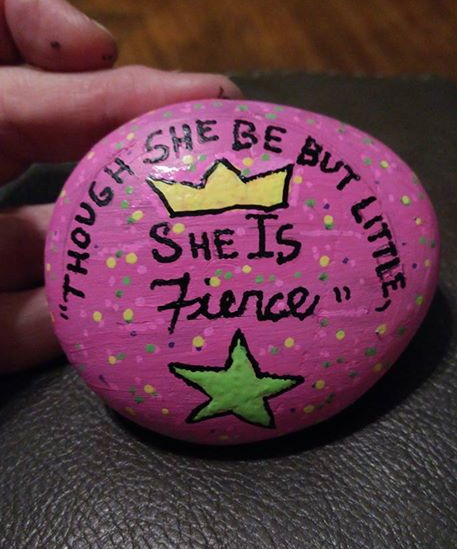 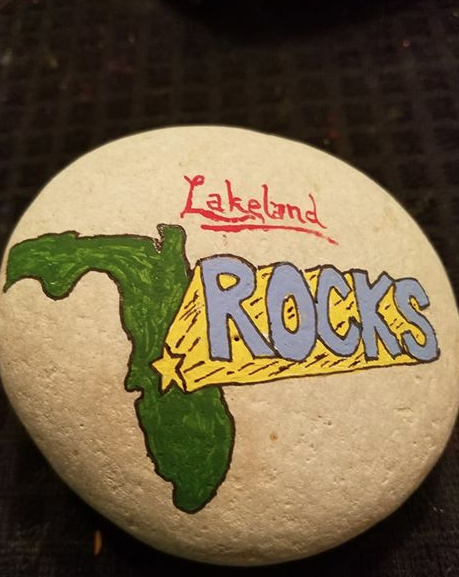