Amid cups of horchata and plates of Southern-smoked brisket, it’s hard not to feel lucky to live where we live. No matter where you’re from or how exactly you got here, we’ve always got an extra seat open for you. After all, they say if you’re more fortunate than others, build a longer table – not a taller fence.

A champion of the Hispanic community, our November 2019 Lakeland CityMaker is proud to call this city of ours home. In sharing her talents and expertise with the businesses and individuals that need her help the most, she’s connecting our community with the world at large.

On the shores of Lake Mirror, live music and the most delicious of smells fill the October air with wonder and delight. As the sun batters down, oblivious to the changing of the seasons, thousands flock to the Promenade to enjoy yet another edition of Lakeland’s annual Hispanic Festival.

Hosted by the Hispanic Club of Lakeland, the Lakeland Hispanic Festival is one of our community’s largest and most signature events, and for good reason – in Polk County alone, the Hispanic population has grown by a staggering 114.5% in the last 15 years. 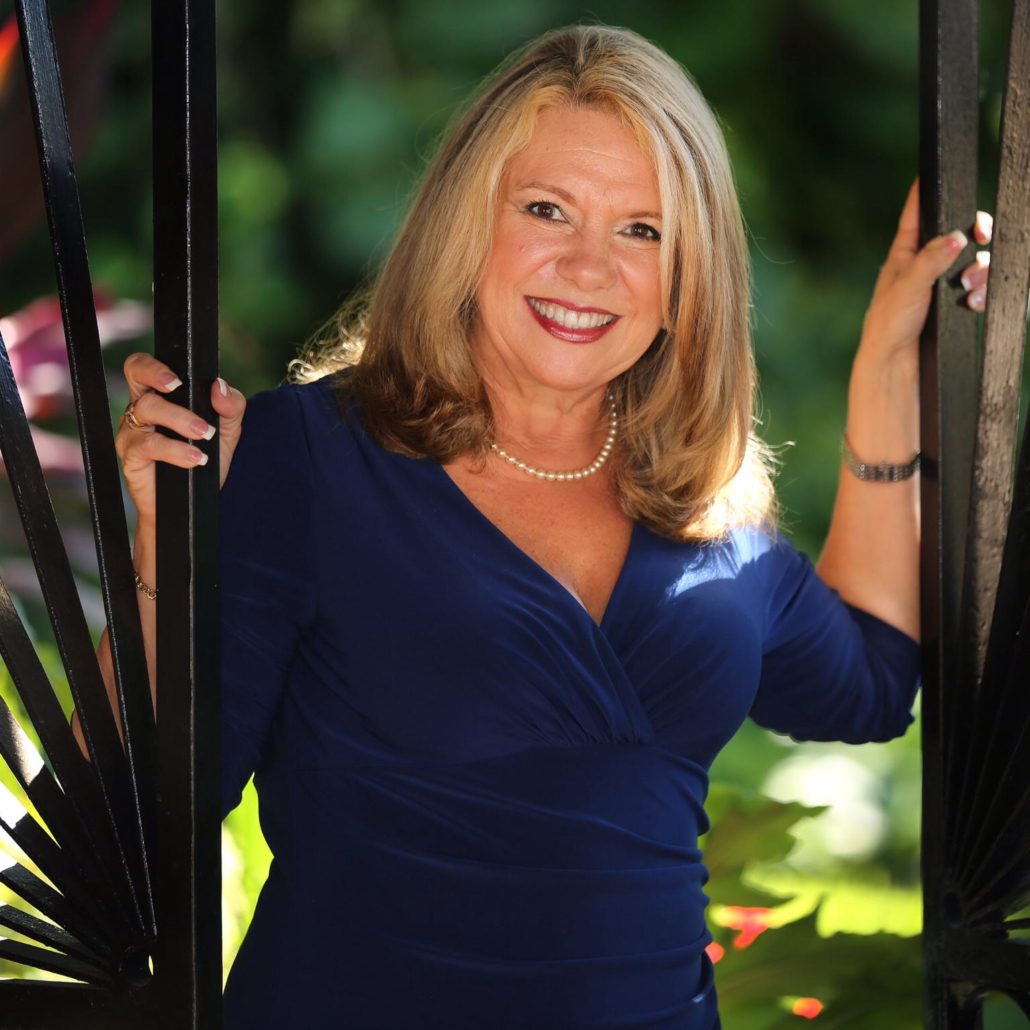 Yet, our Latino community wouldn’t be nearly what it is today without Teresa Martinez.

Originally from Cuba, Teresa came to the United States with her family in 1970. They lived in Miami for a brief period before moving to Polk County the following year. Just a teenager at the time, Teresa had to learn everything from a new language to a new set of customs and social etiquette. These weren’t obstacles, though; they were the first of many opportunities to bridge her culture with ours. 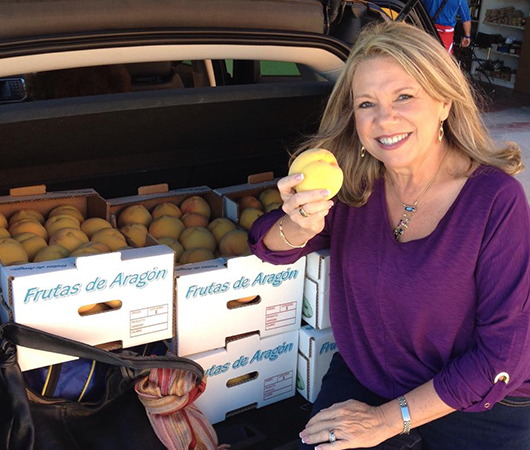 In present day, Teresa has become a leading advocate for our Latino community. She wears many hats, but the same underlying passion follows her wherever her heart – or her work – happens to take her.

After earning a degree from the University of Central Florida, Teresa became a teacher at Lakeland Senior High School in 1984. Here, she taught Spanish and English as a second language for 11 years, yet this was just the beginning of her illustrious career working with the Spanish language.

In 1989, she opened the Institute of Spanish Communication from the garage of her home. Designed with the goal to teach, translate, and interpret for the needs of our community, the institution continues to serve as a valuable resource to both Spanish and non-Spanish speakers alike who wish to use the language to communicate effectively.

Teresa balanced her teaching day job with her work at the institute for six years before going full-time with it. In doing so, she opened her world to the universe – quite literally.

On an otherwise typical day in 1999, Teresa received a call from one of her former students. The student’s mother-in-law worked with the Miss Universe contest and was seeking someone to help supervise and translate for the contest’s Latin-American contestants.

Still operating out of her garage at the time, Teresa could hardly believe she was up for consideration, but those doubts were soon squashed as she later embarked on a two-year journey as the manager and interpreter for both the 1999 Miss Universe and the 2000 Miss Universe.

Although she no longer works with the Miss Universe contest, her experience working with the press has helped transform Lakeland into one of the most inclusive communities for media consumption.

In 2004, the Ledger launched Visión Latina, a weekly Spanish newspaper designed to share information on news, business, and sports with the growing Hispanic population of Central Florida. Teresa served as a bilingual columnist for the paper from launch until 2010.

Although Visión Latina is no longer around, Teresa keeps its vision alive with ¡Viva Polk!, a Spanish community magazine where she serves as the Editor in Chief. ¡Viva Polk! features articles that cover local leaders, business, education, art, and culture. At the end of the day, their goal is to motivate spiritual and professional growth.

When she’s not working on the magazine, you might find her on radio or television – drawing upon the skills she picked up working with the Miss Universe contest.

“I got experience with the cameras because I did a lot in front of national television,” Teresa explained. “And at the same time I was doing radio.

When the county started PGTV, Teresa had the opportunity to host and produce Comunidad Viva, a Spanish talk show that aired daily between 2004 and 2012. Comunidad Viva also aired on LA X (1460 AM) and even Telemundo.

Nowadays, Teresa hosts Hablemos on WQXM (99.9 FM, 1460 AM) on Sundays at 9 AM and again at 10 PM. Here, she covers a variety of topics while speaking with the individuals in our community whose knowledge empowers us all.

Did we mention she’s also written a book?

“I do many different things, and people tell me I’m crazy,” said Teresa with a laugh. “But everything that I do is for the love of Spanish and my community.”

In “Success in Exile – Five Decades of Cuban Stories”, Teresa explores the fascinating history of Cuban exodus from the mouths of those that went through it themselves; including her family. The book inspired a documentary of the same name that further uncovers the struggles faced by these individuals on a political, social, and emotional level. 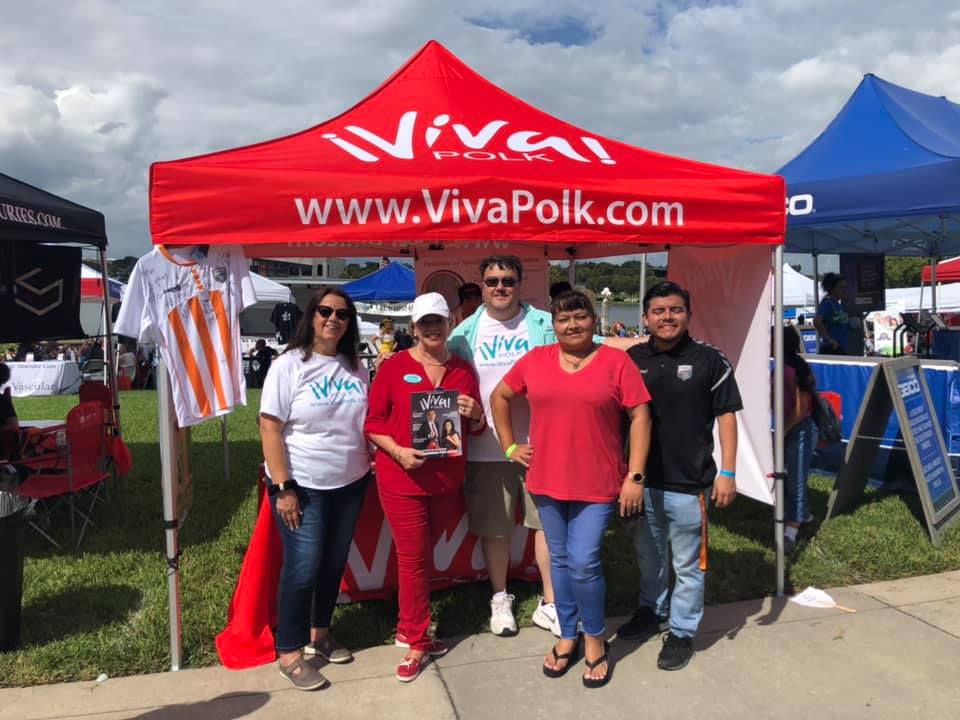 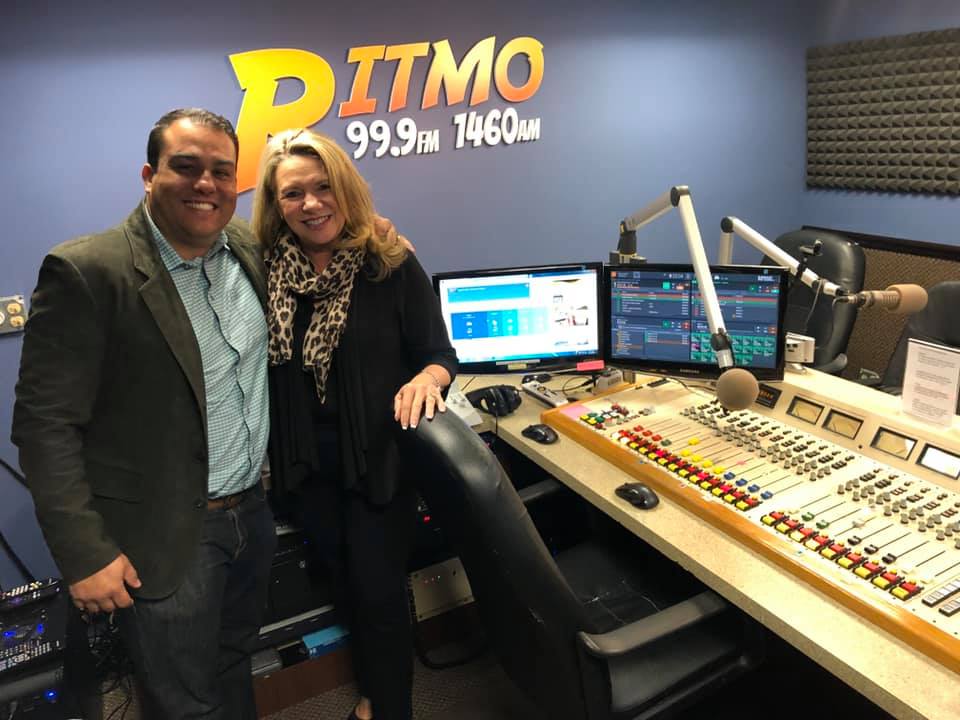 “Truly, I don’t feel Hispanic. I feel that I am a citizen of the world who happened to have been born in a Spanish speaking country. We are all made the same, we just happen to speak different languages and have different cultures.” 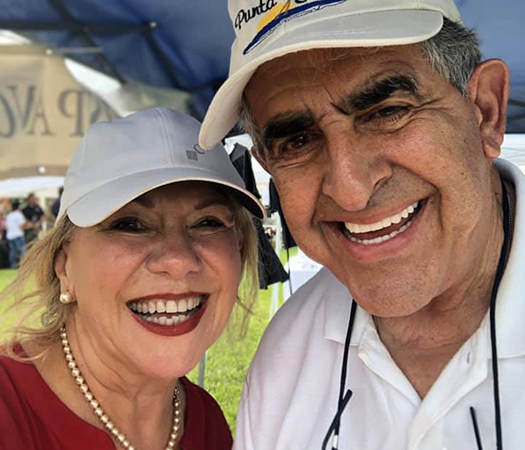 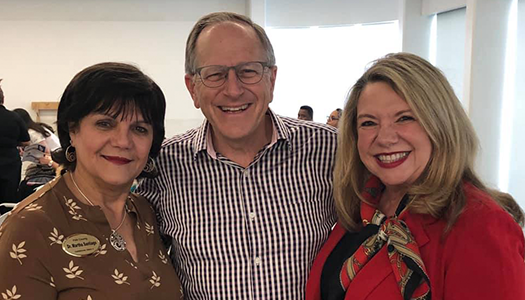 Back at home, Teresa’s accolades are even more diverse. As the former chairwoman of both the Hispanic Club of Lakeland and the Lakeland Hispanic Festival, she’s overseen some of the greatest growth in the club’s history, but she’s quick to share the credit with those that helped her along the way.

“The Hispanic Club of Lakeland started in the mid-80s. At the time, it was a group of doctors, engineers, and professionals,” Teresa explained. “With time, they decided ‘Well, why don’t we do a festival?’”

Teresa came on board shortly thereafter, working her way up to the title of president through her passion and commitment to the organization. Utilizing a connection she had with Univision, Teresa was able to get the festival promoted on network television, ultimately skyrocketing its attendance so high that they needed to change venues.

“Today it is one of the biggest events in the county,” Teresa shared. “I was lucky enough to have someone like Eduardo Tapia being my mentor. Eduardo is a true communitarian and the force behind the Lakeland Hispanic Festival.”

Yet, Teresa’s own community efforts stretch far beyond our city limits. In creating a welcoming environment for all, she has served as an international student coordinator, where she invites students and business professionals from across the world to visit our community and learn a little about our way of life.

To date, she’s successfully (and strategically) helped place over 400 students with host families in our community.

“Since 1992, I’ve been bringing students,” Teresa shared. “Now, for the last ten years, I only bring in for the summer. So, every summer, I look for families to take in students and [Lakeland Mayor] Bill Mutz has a daughter from Spain because of me.”

For Teresa, Lakeland is much more than just a family-friendly city – it’s her home. It’s where she lives with her husband Carlos, and it’s where they raised their daughters Alexis and Lizette. Yet, Teresa isn’t clouded by her own experiences or background. Her eyes are open to much more than just what lies before them.

“Truly, I don’t feel Hispanic,” Teresa shared. “I feel that I am a citizen of the world who happened to have been born in a Spanish speaking country. We are all made the same, we just happen to speak different languages and have different cultures.”

Beneath the layers of language and culture, Teresa’s motivated by an intrinsic desire to help her fellow person. She’s found her calling without ever having to search for it.

“My life has been a journey that I feel like God has taken me through,” Teresa shared.

Though that journey’s taken her around the globe, she always finds her way back. In one of her current roles as the chairwoman of the Polk State College District Board of Trustees, Teresa champions efforts to provide an accessible education to all that seek one out.

Above all, it’s the first generation graduates that fill her with a sense of unparalleled pride. To see them cross the stage, knowing they’re about to set off on their own set of adventures with the knowledge they need to be successful and prosperous, makes it all worth worthwhile.

“I get excited about life,” Teresa said. “Some people work to make money, but I would pay to do what I have done.” 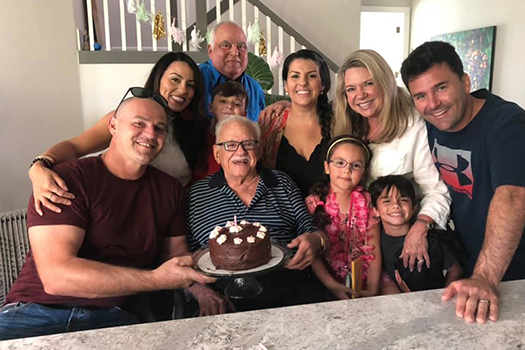 To keep up with our Latino community, read the latest issue of ¡Viva Polk! here:

A special thanks to this month’s CityMaker sponsor:

Do you know a Lakeland CityMaker?

Someone who goes the extra mile for their city and their fellow person?

Nominate them today and share their story with all of us!