Life is the most beautiful yet difficult experience any of us will ever know. Although we pride ourselves on our ability to have it “all figured out,” how many of us truly do?

How many of us know what tomorrow brings and what we lost in yesterday?

You see, the tumultuous turns in our stories are anything but foreseeable. The silent yet steady hand of time has its way on all of us. Nothing is guaranteed, but for the time that we’re here, let’s do our best to make this experience a bit better for everyone. With faith, diehard humility, and some guidance from above, our latest Lakeland CityMaker is committed to doing just that.

A Community to Serve

For Marie Hanna, a day in the office is another day spent serving both her faith and her community alike.

She prays every morning in Hebrew, “Hineni Adonai, maleh oti”, which translates to “Here I am Lord, fill me.”

“With His goodness, with His mercy, with His obedience, with His compassion,” she explains.

You see, Marie’s ability to serve our community is only made possible by a steadfast belief in something much greater than herself. She’s devoted her life to being a servant of the people, humbly yet gracefully diverting any bestowed glory from herself to the Divine Presence above.

Marie moved to Lakeland a little over 15 years ago, drawn by a desire to help assist her retired parents with whatever issues may arise in their twilight years. Although their relationship was far from perfect, the bond of family is one that follows for a lifetime.

Originally from Massachusetts, Marie’s permanent arrival to Polk County was flanked by one of our community’s toughest times: the 2004 hurricane season. As heavy winds and rain swept across the state, Marie and her husband, a carpenter by trade , pursued an opportunity to buy a fixer-upper in Auburndale. Although the two have since divorced, their work together on that first home sparked an interest in home buying that would inevitably become Marie’s profession of choice.

“When I decide to do something, I get into it 110%,” Marie shared. “I fell in love with all things real estate.  I quickly got a Broker’s license and did extremely well.   This career has been very good to me. I made a lot of friends, and I eventually got involved with the board.”

You see, Marie’s foray into real estate hallmarked a pivotal point in her life, unbeknownst to her at the time. Although she’d always been the first to help a friend, it wasn’t until her time on the board of the Lakeland Realtors® (LAR) that her servant’s heart would beat with reinvigorated purpose. 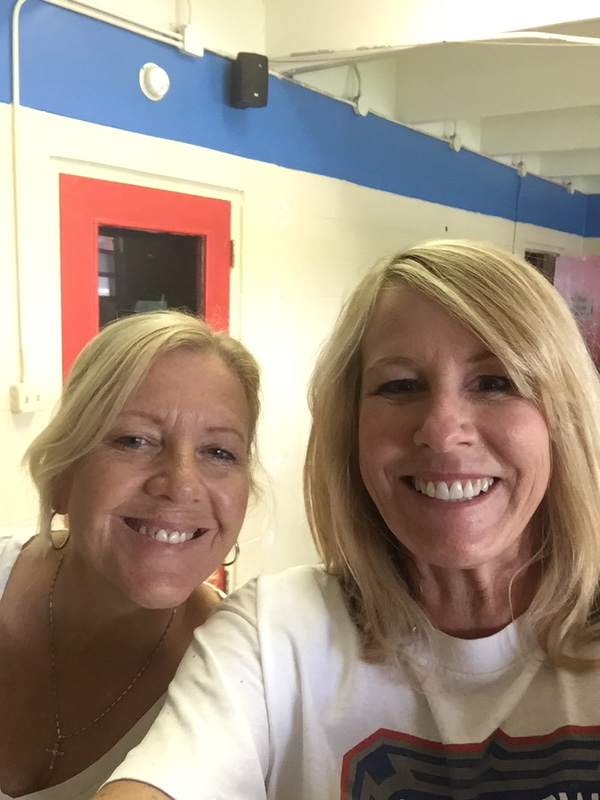 A Little Compassion, A Big Community

For as long as Marie can remember, she’s wanted to serve others. Her selflessness isn’t based on any extrinsic purpose or reward. The glitz and glamour of the limelight couldn’t spark even the slightest of embers in her spirit, for she thrives for something much more fulfilling.

Marie started on the LAR board as a Director, but her true passion as a servant lay elsewhere. It wasn’t until she was asked to be the chairperson of the Community Service Committee in 2012 that her tenacity for seeing things through would be fully realized.

Prior to her six-year appointment, the committee hadn’t yet found its stride in the community.

“In typical Taurean fashion, I just grabbed the bull by the horns,” Marie said.

Marie was the match to the committee’s combustible kindling, igniting them with her passion and spreading that blaze among all alongside her. It was from this committee in which a brilliant brainstorming session gave birth to one of this community’s great charitable acts.

“I remember I had some really strong personalities around that table,” Marie shared.

Among the people present that day was Randy Browning, founder of kidsPACK, who knew someone that worked at Rooms To Go.  The committee discussed the idea of asking the company to donate bedroom sets to local children in need. Shortly thereafter, the Room Makeover was born. Now an annual LAR tradition that’s just completed its 7th year, the Room Makeover is a charitable project designed to give back to our community’s youth by presenting them with a bedroom they can be proud of.

“My name is all over it, but there were so many people instrumental in it. They are the wind beneath my wings.” Marie said.
“I was sitting at the head of the table, and that’s the only distinction I had from the rest of the committee members.”

“My name is all over it, but there were so many people instrumental in it. They are the wind beneath my wings.” Marie said.
“I was sitting at the head of the table, and that’s the only distinction I had from the rest of the committee members.”

Among the many others she credits with the project’s success was Melissa Sanchez, staff liaison, who was instrumental in seeing the project through, year after year.

“Melissa is like a Swiss army knife- she can do so many things- effortlessly,” Marie said in admiration. “I’ve never seen anyone keep so many plates spinning.”

Many members of the community offered their money, time and talents as well. From painters to carpenters to even the flooring team – these people stepped up to provide whatever was needed because they believed in the cause. Rooms To Go themselves have pledged to donate four bedroom suites every year as long as Room Makeover exists, serving as the backbone for the great cause. Marie is quick to point out that “without Rooms To Go, we would not have a Room Makeover project; they have been simply amazing!” Midflorida Credit Union has also been a huge supporter, with a hefty monetary contribution each and every year.

The Makeover’s candidate and subsequent recipient selection process isn’t based on a street or address.

“The committee carefully reviews each application individually and then we decide as a group, the neediest and most deserving,” Marie explained. “It’s never easy, because we simply want to do them all. But invariably, those top four are obvious to all of us and there’s very little dissension.”

One of Marie’s most memorable makeovers to date took place that first year in 2012, in a home where the child’s room was only accessible through the home’s only bathroom. “I won’t go into details. You can just use your imagination.”

After the first year where the team spent all day going house-by-house and room-by-room, the committee agreed it would be more efficient to form four teams, with each responsible for the painting, flooring, shopping and decoration of their assigned room. This allowed everyone, including the Rooms To Go representative, to attend the “reveal”, as the recipient was forbidden to see his or her room until it was completed. For the team, nothing could mean more than knowing they’d made an impact as the tears shed and the faces of joy were reward enough. 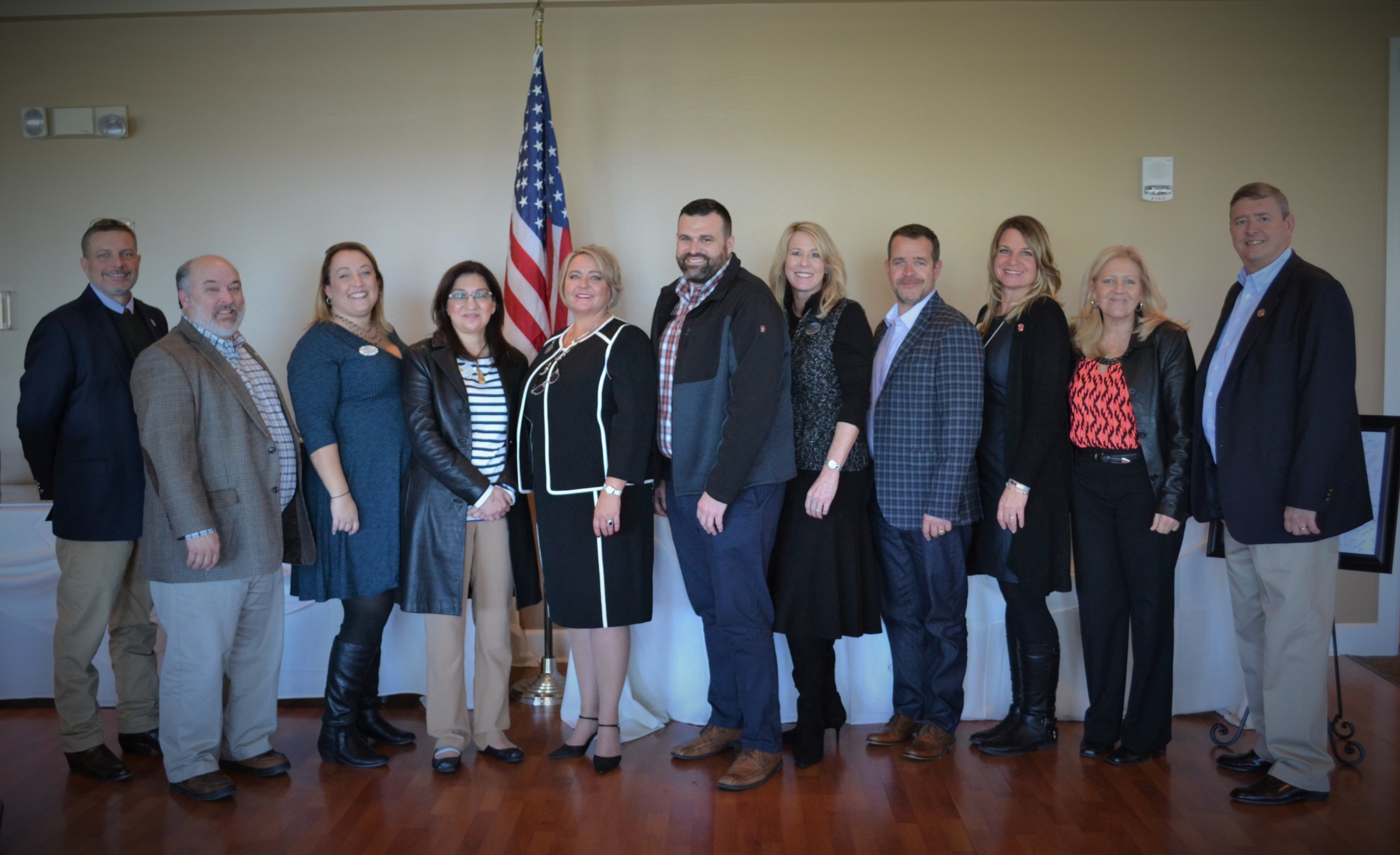 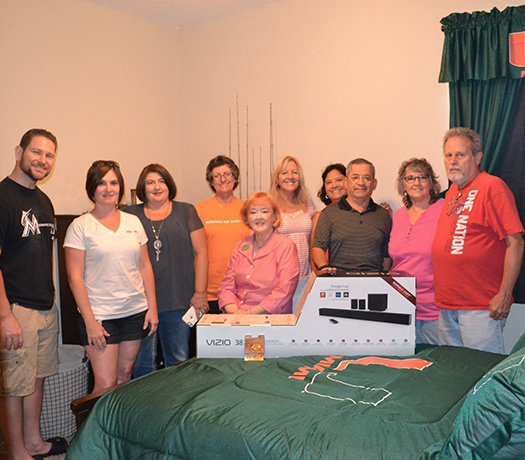 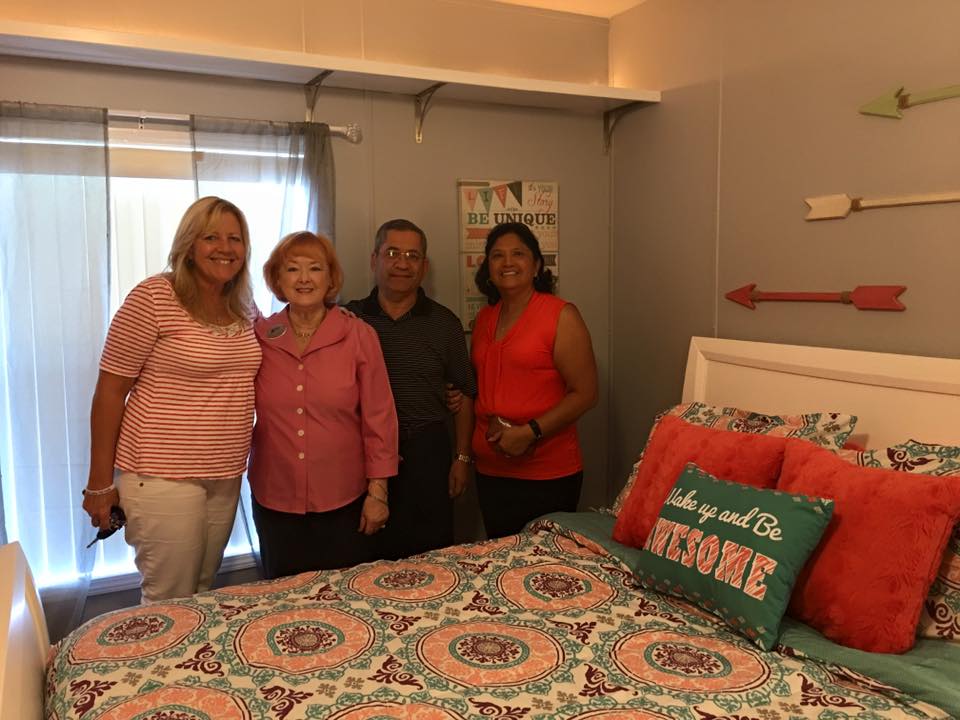 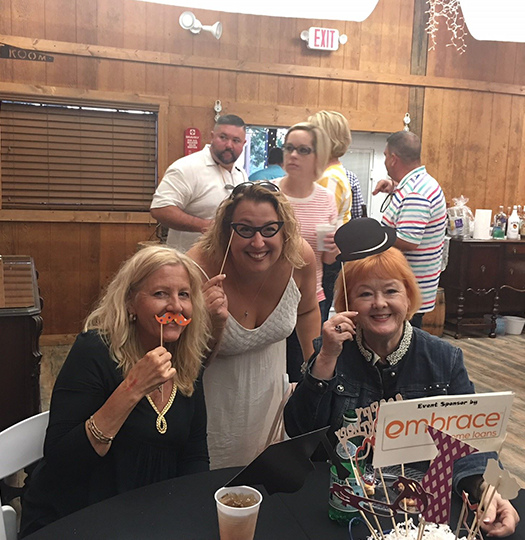 The Room Makeover was only one project that Marie and her committee initiated, in an effort to give back to their community. In the same year, Dress For Success would take the stage. Dress for Success is a nonprofit program designed to provide free, professional clothing for women to wear to job interviews and other professional endeavors, once they’ve completed a prescribed training program, who may not be able to afford such clothing under normal circumstances.
Initially, in conjunction with Career Source Polk, formerly Polk Works, the 700+ members of Lakeland’s “Realtor Nation” were encouraged to assemble an outfit to donate to the “closet”. It could include shoes, jewelry, and other accessories, but these items weren’t required. The overarching goal was to simply provide women with the clothing they needed to be confident in an interview and successful in the workplace.

Dress for Success collected nearly 2,500 pieces of clothing its first year of operation, all hand-counted by Marie herself.

“This is God, OK?” Marie said through tears. “I didn’t even know God then, that’s the beauty of it. I didn’t find God until 2014, so it just blows my mind that He had his hand on me my whole life before I even got to this point.”

Within only a few years, Dress for Success grew exponentially. Going into its second year, the project was collecting, in addition to professional clothing , any and all items people no longer needed and wanted to donate to a good cause. Extraneous, assorted clothing made its way to the PACE Center for Girls, The Salvation Army and Lighthouse Ministries, to name a few. The collection that year totaled 4,700 articles of clothing.

The following year, in 2015, the committee had a problem. With only a few weeks remaining to reach the goal of 10,000 articles of clothing, the committee found itself roughly 2,000 pieces short. With this number in mind, Debra (Debbie) Haskell of Better Homes and Gardens Real Estate Olive Branch mustered her Realtor team and committed to collecting 1,000 pieces before the deadline.

“We were sitting in a board meeting and when I gave my report, she just stepped up to the plate,” Marie explained.

Others inevitably joined in. The goal was reached and even exceeded, by several hundred pieces of clothing nonetheless.

Marie’s commitment to her community is strong, a testament to the bond she shares with her Savior. She credits the Almighty with the strength she has to do good for others. It’s in this respect that our community has so greatly blossomed with her presence here.

In 2018, Marie retired from her position on the committee. In 2019, she’s moved on to new ventures. She spends much of her time in Jerusalem among the Jewish population, blogging about their rich history and Israel’s geography.

“God has intuited to me that I can no longer be distracted by this,” Marie explained. “If I am to grow in my true purpose, I need to stop littering it with the worldly stuff.”

This doesn’t mean by any extent that Marie’s forgotten who she is – if anything, she’s more true to herself today than she’s ever been. For Lakeland, she wants nothing but the same in her hopes that our city doesn’t “grow too big.”

She’s now the author of a blog, Not All Who Launder Are Washed, where she details her journeys and a variety of topics with a candid yet vulnerable approach. She welcomes all to come and have a seat at the table, encouraging conversation and harboring well-being.

In making the world a better place tomorrow, she calls upon parents to teach their children the value and reward in helping their fellow person.

“A child should be taught service to others at the first opportunity,” Marie said. “Whether it’s helping mom prepare a meal for a neighbor, raking their leaves, or simply visiting the shut-in, it’s a lesson in putting others before themselves.”

She believes this change can completely alter dynamic of a person’s life, setting them on a course for success that’s rooted in the success of others. It’s in this respect that her commitment to service hasn’t diminished in the slightest.

“We’re all called to do this,” Marie said. “Don’t put me on a pedestal, I’m only doing what I’m supposed to do. I’m answering the call and filling the need.” 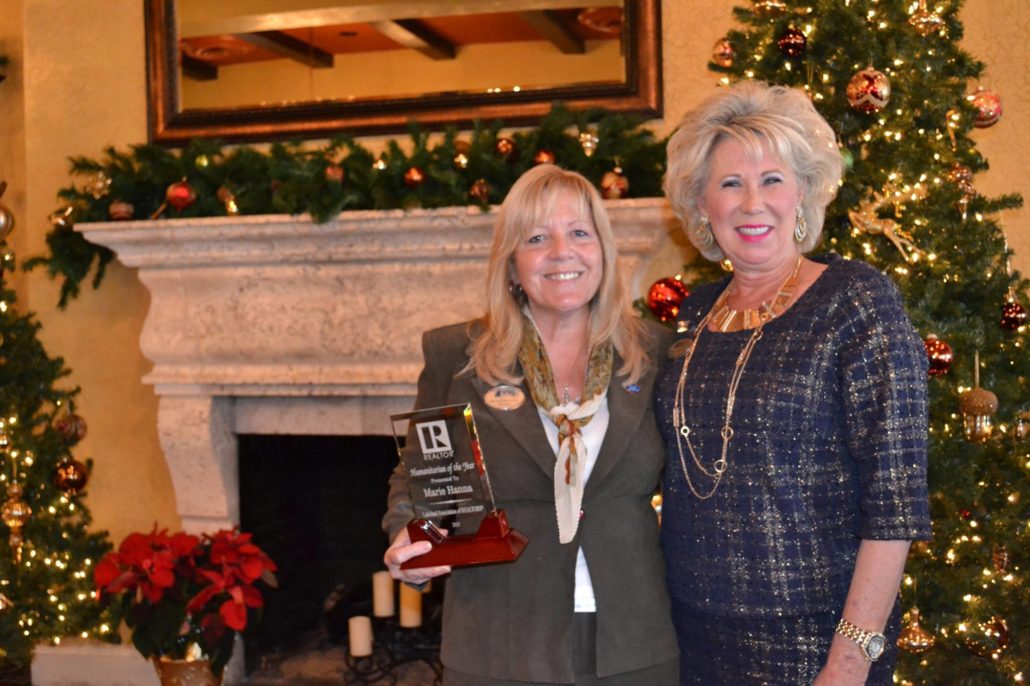 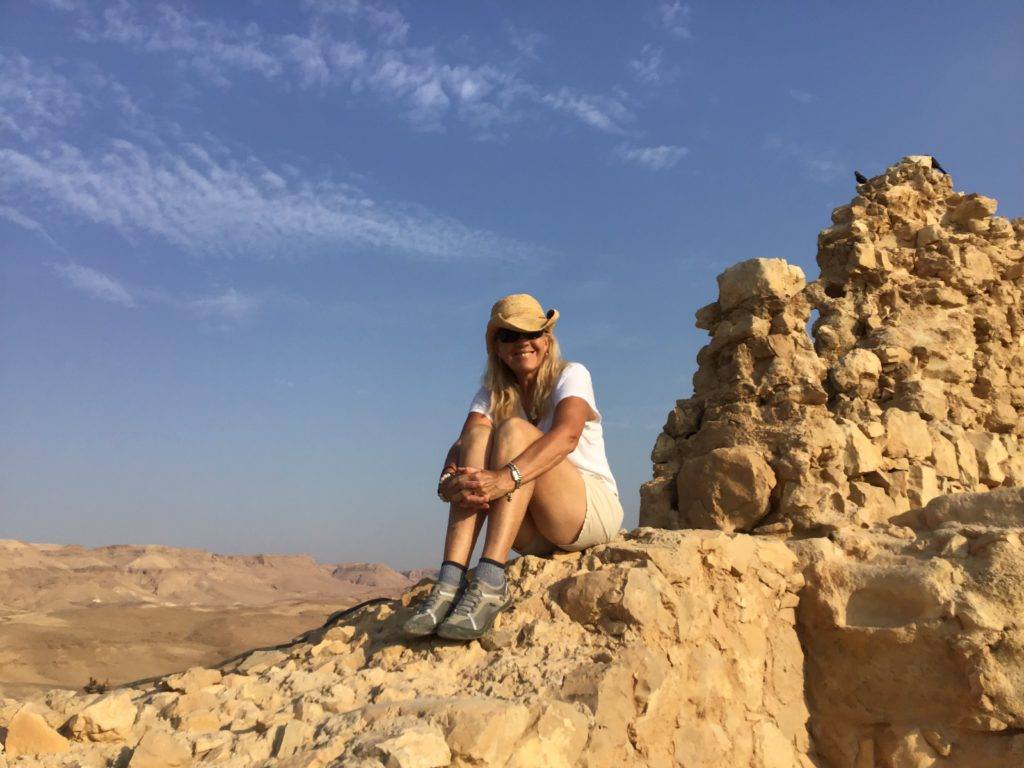 If you’d like to follow Marie, you can find her blog here:
Not All Who Launder Are Washed