From our highest triumphs to our most trying of tribulations, we go about life with as much of a can-do attitude as we can muster, but when our successes are few and our celebrations sparse, we can rest assured knowing our journey isn’t one that we travel alone. Our issues, as individual as they may be, are struggles faced by people both near and far.

In connecting her community with the resources that they need to be successful, prosperous, and healthy, our September 2019 Lakeland CityMaker is changing lives, one person at a time.

A City That Sticks Around

Lakeland’s draw withstands the test of time. Alice Koehler arrived in 1997 as a freshman at Florida Southern College, although her dreams of something more would steal her away shortly after her graduation in 2001. Her destination?

You see, post-graduation life is anything but structured. In efforts to establish some sense of stability, college graduates must carefully balance the need to pay their bills with the period of self-discovery that is their early twenties. It was no different for Alice.

She and her husband at the time both started working immediately after graduation – they had groceries to buy, after all – but the jobs they’d landed didn’t set their souls on fire, nor did they provide adequate avenues for growth. They made a living, but nothing more.

“We were excited to be on our own and making it, but also kind of frustrated that we weren’t going anywhere,” Alice explained.

In the midst of their frustrations, disaster struck our country. September 11, 2001 is a date that radically changed America for both young and old alike.

“Our whole American culture slammed on the breaks,” Alice said. “Everybody was reevaluating.”

Introspective thoughts about life and the difference she was making as an individual led her and then-husband Fred on a path to the Peace Corps, a government-run volunteer program that both of Alice’s parents had been involved with in the past. The two applied and moved to Togo the very next year.

Lakeland Love, Near and Far

Alice’s role in the Peace Corps focused on girls’ education and empowerment, an area of growth for many developing countries that would greatly benefit from increased support for their female populace. She spent most of her time helping the women of Togo recognize their rights as members of society at large.

It wasn’t just an opportunity to teach, though.

“What I learned in 2-and-a-half years I don’t think could be taught in a dozen,” Alice expressed.

From picking up a new language to collecting water from a well, which even Alice will admit holds a certain level of privilege to it, the Togo experience was a lasting one. Nearly two decades later, the lessons learned carry on.

One of those lessons was the importance of investing in community. At its core, Peace Corps aims to provide sustainability wherever it’s called to help. This means getting the community on board through grassroots efforts that emphasize the notion that we’re stronger together.

None of Alice’s Peace Corps assignments better emphasize this than something she and her fellow volunteers dubbed ‘Worm Week’. 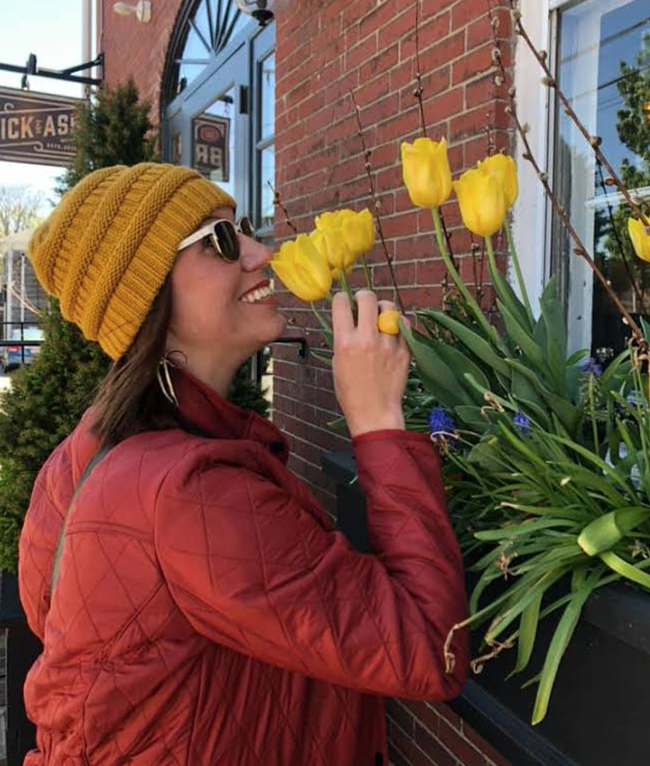 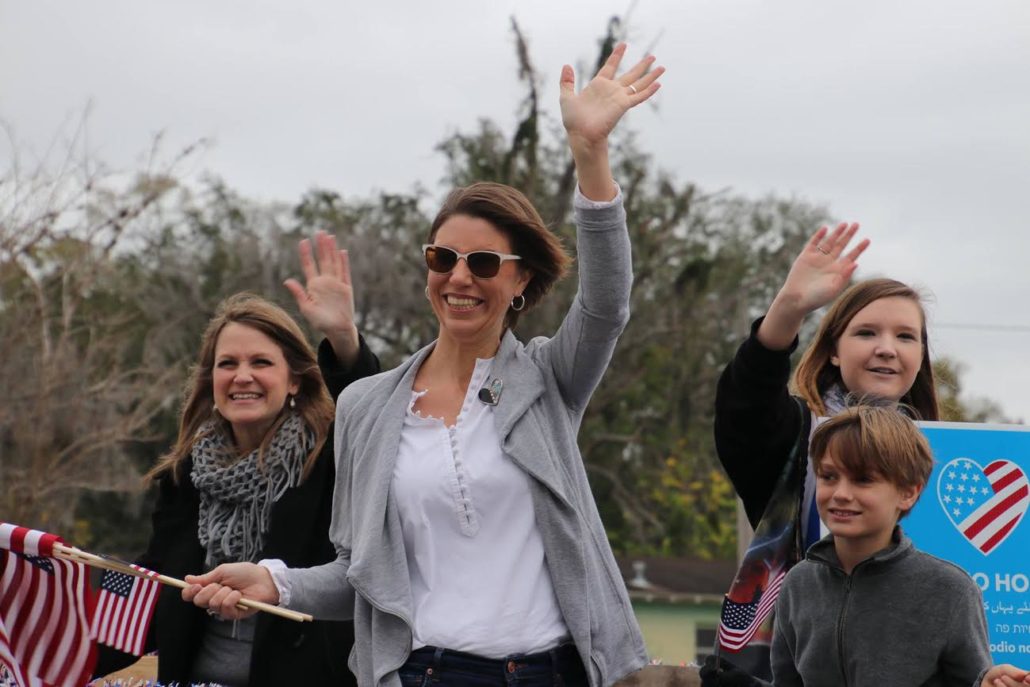 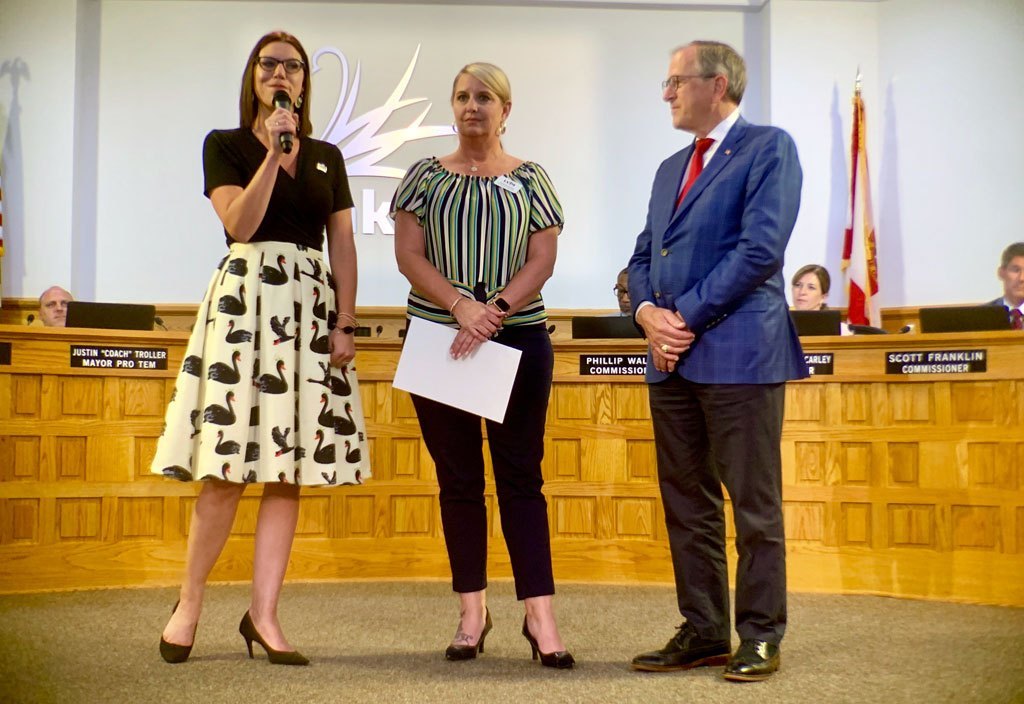 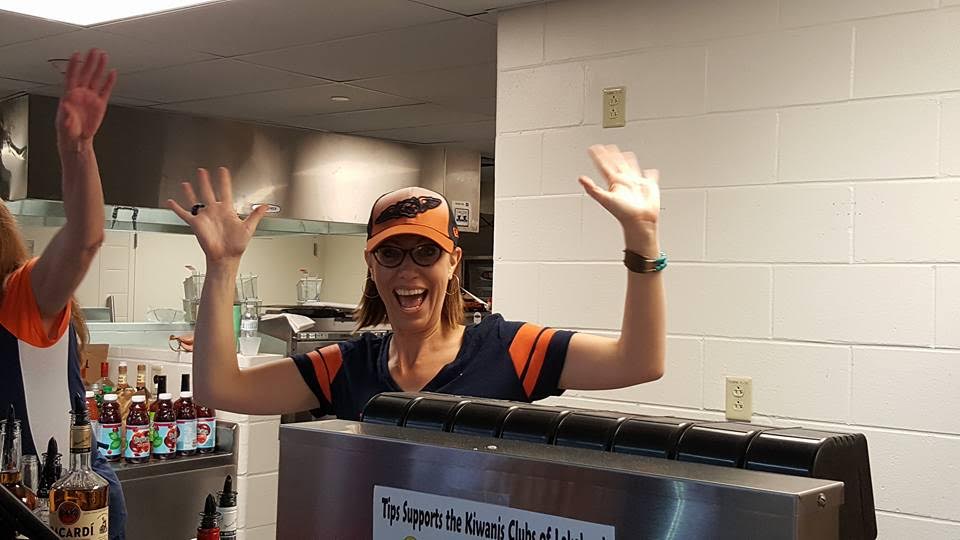 Synergy For A Cause

Guinea worm disease is as unsightly as it is unpleasant to those afflicted by it. Essentially, it’s a parasitic infection caused by the ingestion of Guinea worm larvae from contaminated, typically stagnant sources of water. As these larvae mature and grow, they physically emerge from the body leaving behind painful lesions on the skin that incapacitate sufferers for months on end.

Although the disease itself isn’t particularly deadly or fatal in its own right, the lesions it leaves behind open up opportunities for outside infection. To stave off the chances for Guinea worm disease, all one needs to do is filter their drinking water through some type of fabric or cloth.

The Peace Corps partnered with The Carter Center and their Guinea Worm Eradication Program to promote education around the disease and its prevention. Education is just one part of the battle, though, as efforts to fight off Guinea worm disease require an all-out change in behavior.

“It’s the easiest thing in the world to prevent and avoid, and it’s also the hardest,” Alice explained. “The insect will be filtered out just through a piece of cloth. You don’t need high-tech, you don’t need anything; you just have to change your habits.”

Her task was simple. On yet-to-be forged paths in the bush, Alice biked and macheted her way through dense forest areas to villages where she’d speak with the people about the dangers of Guinea worm disease and how to prevent it. Over and over, she set off in hopes of making a change as best she could, but the task at hand seemed impossibly daunting.

“Sleeping on the dirt, under the stars, surrounded by corn, then get up and do it again,” she said. “And you’re thinking, ‘I am not making a difference, like, at all.’”

Yet, her efforts wouldn’t go unnoticed, nor would those of her fellow volunteers.

In 1986, around 3.5 million people around the world were afflicted by Guinea Worm Disease. In 2018, there were only 28 reported cases worldwide, pushing it one step closer to complete eradication – a near impossible feat completed without the aid of a vaccine.

“It’s easy to get caught up in [the thought that] I’m not making a difference,” Alice explained, “but when everybody’s doing something in the name of a collective cause, it does make a difference.”  One of Alice’s mantras is a famous quote by anthropologist, Margaret Meade, “Never doubt that a small group of thoughtful people can make a difference.  In fact, it is the only thing that ever has.”

“I’m a resource connector by nature, that’s what I love to do. I love connecting people to the people or things they need.”

“I’m a resource connector by nature, that’s what I love to do. I love connecting people to the people or things they need.” 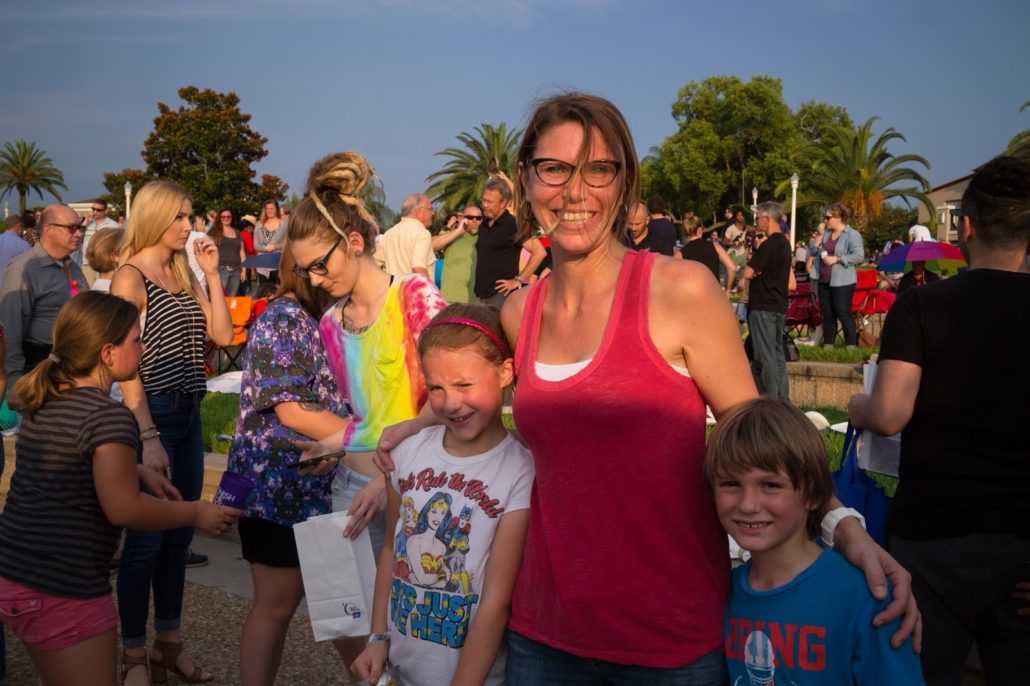 A Return to Form

Since returning to Lakeland, Alice has worn many hats, each paying homage to her years spent abroad.

Fresh on American soil, Alice’s first job back was with local nonprofit Pace Center for Girls as a social studies teacher and advisor.

Pace opened its doors in Lakeland in 2001 with a mission to “provide girls and young women an opportunity for a better future through education, counseling, training and advocacy.” As a fairly new-to-Lakeland organization at the time, Pace provided Alice with an opportunity to gain valuable leadership experience while drawing upon the knowledge she gained as a Peace Corps volunteer.

After a year of helping some of our community’s most vulnerable members, Alice left Pace to start work at the Learning Resource Center (LRC), another local nonprofit. She spent nearly a decade there helping to provide supplemental education to children and students who needed the extra instruction to be successful as they could possibly be.

Flash forward 9-and-a-half years and Alice had moved on to the American Cancer Society. Here, she headed community engagement and fundraising, utilizing her skills to connect some of our community’s most underserved individuals with the healthcare services they so desperately needed.

Then, in 2016, she received a call from Lakeland Volunteers in Medicine (LVIM), a nonprofit she was already familiar with as she’d been a jockey in their annual Swan Derby event the year prior. They were looking for a chief development officer and were wanting to see if she was interested. One ‘yes’ was all it took for her next and most current chapter to begin.

There’s no denying the pitfalls of our current healthcare system. Although some of us receive the coverage we need to maintain our health, not all of us are so lucky. Many hard-working individuals fall between the cracks, unable to pay for necessary services that could drastically improve their quality of life. This is where LVIM steps up to the plate.

From entrepreneurs to those just trying to make it, LVIM serves as a beacon of hope among dreary skies of high costs and unfair insurance premiums.

As their chief development officer, Alice oversaw the nonprofit’s revenue strategy, helping the organization grow while also being extremely knowledgeable of the moving pieces therein. Nowadays, her hands are a little more full.

As of September 1, 2019, Alice now serves as the CEO and president of LVIM. She recognizes the needs of our community and does her best to make sure they’re addressed holistically.

“The social determinants of health are so important,” Alice said. “Your doctor can only directly impact 20% of your health outcomes. The rest of it happens outside of the clinic. What are you eating? Where are you living? What’s the air you’re breathing?”

Patients looking to receive medical services can check the eligibility requirements found on the LVIM website.

The Almanac of Altruism

In more recent times, Alice has had the chance to reflect and appreciate the simpler moments – moments best spent with her children by her side.

“My kids have been a part of everything I’ve done,” Alice gushed. “They’re 10 and 12 now. They’re their own people and they have thoughts, and ideas, and passions and things that I get to be a part of now and that’s really lovely.”

Of course, she still finds times of struggle in her own life. As the sole provider in her house, with aspirations for the future as great as her accomplishments thus far, she’s made it work, but it’s not always been so clear cut. 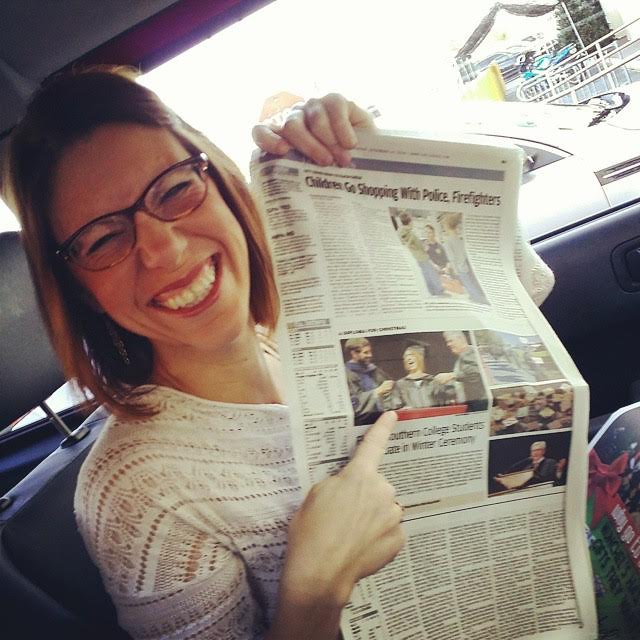 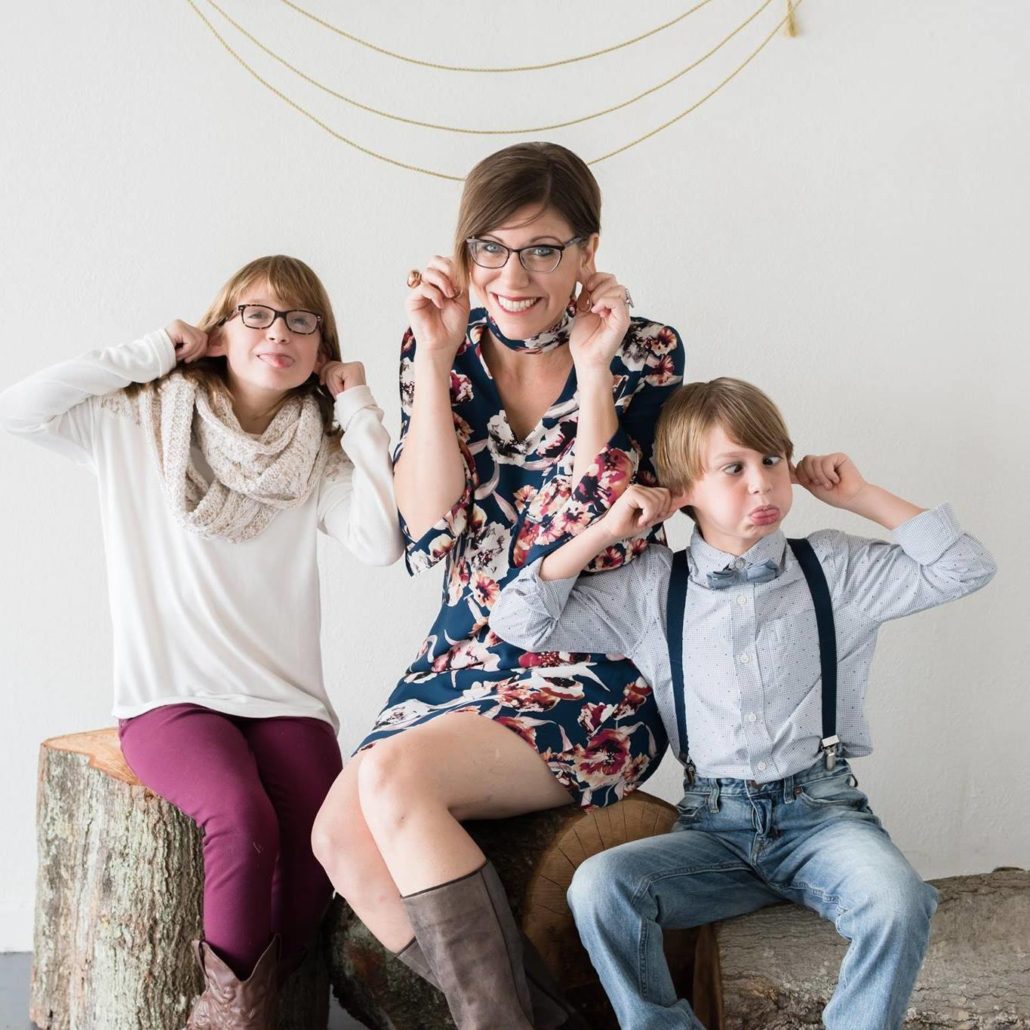 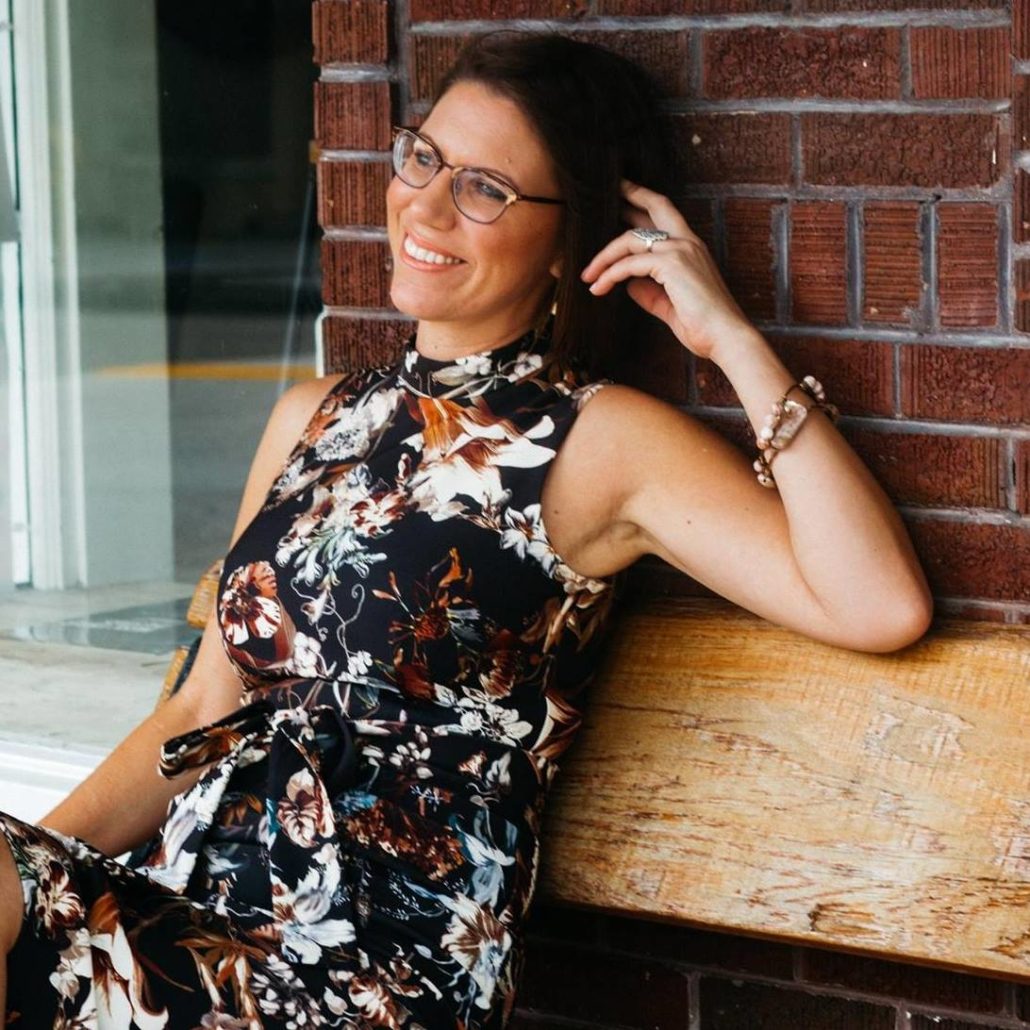 Her experience in the nonprofit world has fundamentally shaped who she is today.

“I’m a resource connector by nature, that’s what I love to do” Alice shared. “I love connecting people to the people or things they need.”

In sharing her talent of connectivity with the people that need it most, Alice is ever-present, a constant face in the crowd at local events. She lends her time and her ear to the quietest of voices because maybe the squeaky wheel isn’t the only one in need of oil.

As our town moves toward the future, Alice hopes that we can rekindle the collective belief of a time gone by, that tomorrow can be better. Ultimately, our efforts as individuals make all the difference. It’s what we with our efforts today that shapes who we are tomorrow. After all, it doesn’t have to take a lot to make a big difference.

“Like Roosevelt said, ‘Do what you can, with what you have, where you are.’”

To learn more about LVIM and their mission, visit their website: