A community is only as strong as the individuals who comprise it. In Lakeland, we’re not just strong – we set the standard.

Our February 2019 Lakeland CityMaker is remarkably defiant in the face of adversity. Her passion is her own, inspired by a greater faith to serve those that need our help and guidance the most.

By day, Debbie Crumbley is a reading tutor at Lake Alfred Elementary. Her cheerful demeanor helps students in grades K-2 navigate the intricacies of the written word, starting from the ground up. She takes great pride in her teaching, but it’s the imparting of life skills on these impressionable youth that makes her days whole.

By night, Debbie is clad in camo, flanked on both sides by volunteers dedicated to their shared mission for peace. Trudging through whatever obstacles lie in their way, Debbie and her team have no time for nonsense – they’re here to make a statement: Lakeland is no home for the evils of elsewhere.

Debbie heads Boots on the Ground, a neighborhood watch group backed by faith and a desire to keep Lakeland the family-friendly town that it is. They’ve canvassed neighborhoods across the city, although their primary area of operation is that of Chestnut Woods, a duplex-laden cul de sac located off of Chestnut Road. Here, they take to the street, shoulder-to-shoulder, loudly and proudly sharing their prayers for all of the community’s residents to hear. They walk with pride, driven to keep this neighborhood safe from its recent brushes with criminal activity. 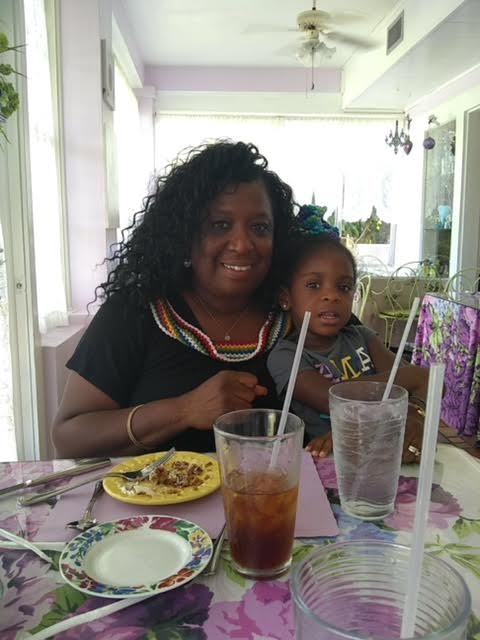 A Battalion of Peace

Much like other cities across the country, Lakeland has faced issues of increased criminal violence stemming from gang activity centered around the Chestnut community, with drive-by shootings becoming just one cause for concern.

A woman of faith, Debbie prayed in anguish as tales of violence and woe began to emerge from a city that she’s so proudly pledged her love to.

Debbie’s not one to sit idly by, though. That’s simply not her. A go-getter if there’s ever been one, Debbie made a commitment to both herself and her community that this violence would not stand so long as she did.

“My heart was burdened, but it was like, no – that will not come to Lakeland, not that kind of action,” Debbie shared.

A former Lakeland 911 operator, Debbie reached out to deputy chief Mike Link explaining the plight and her eagerness to help, who put her in contact with Commissioner Phillip Walker, head of the city’s gang task force. As if answering a calling from above, Debbie knew this was her personal responsibility to address, but not without the help of a police presence nearby to support her endeavor.

It wasn’t going to be easy by any means. Debbie could see just how prevalent the violence had become, but she’d known the area before criminal activity ran rampant and was committed to restoring it to that very same splendor.

“Before we could actually hit the streets, I held classes to teach the do’s and the don’ts of doing this type of ministry,” Debbie explained. “We had about 3 months of classes before we even stepped foot on our first march out there.”

With heavy drug activity looming behind both closed doors and opened ones, Chestnut Woods was ripe for the change that Debbie had in mind. A change inspired by a family-first mindset, where neighbors and children alike could feel confident in their safety while enjoying life outside the walls of their homes.

A Step In The Right Direction

The first march was a display in and of itself. Accompanied by 10 Lakeland Police Department cruisers, Boots on the Ground launched in force on September 22, 2014.

“We’re dressed in full camouflage when we go,” Debbie said. “We have on the shirt, the pants, the army boots, we have it all because we’re Boots on the Ground, and we are coming for war. Not this kind of war, but a different war that’s going on. The unseen war.”

Met with nervous glances, the original group of 9 individuals marched on, going up and down the cul de sac sharing their prayers and songs with all those that would listen. However, not everyone was so willing to lend an ear.

Boots on the Ground experienced resistance from the start. Drug deals would happen directly in front of them, unphased by the group’s presence. Some individuals would turn their music up when Debbie and her team approached, while others showed respect and lowered the volume as the group passed.

Their work wasn’t so clear cut. The group would have to deal with another facet of the greater issue at hand: public distrust of law enforcement.

Following in the footsteps of the deaths of Michael Brown, Tamir Rice, and Samuel Dubose, a certain sense of unease accompanied Debbie and her team as they walked. They weren’t there to gain trust for just themselves – they needed to restore a relationship between the police and the community at large.

Fighting fire with a cool flame, Debbie and her team responded the only way they knew how, with consistency, care, and compassion trumping all. Showing up once a week, every week, Boots on the Ground was letting the community know that they were going to have their voices heard, and that injustice had no home in our city. Their prayers continued, and as they grew in volume, so too did that of the community’s support of their mission. Children would clasp their hands when Debbie and her crew walked by, sometimes joining in on the march themselves. 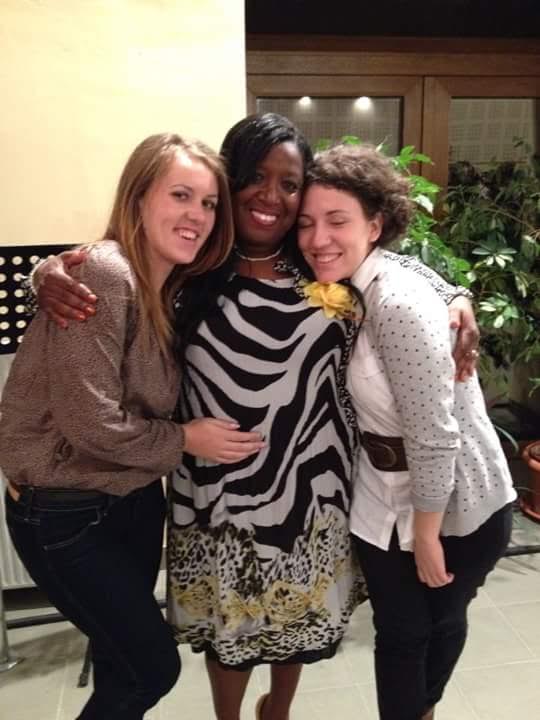 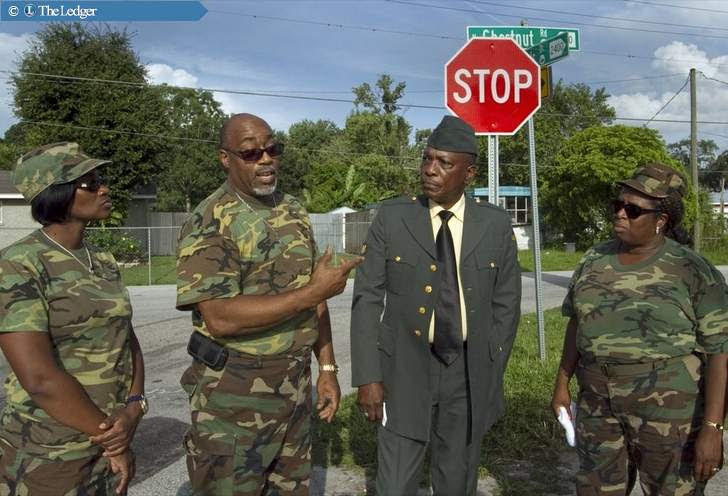 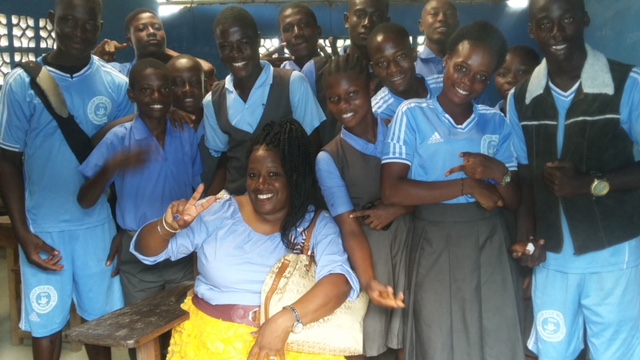 “There have been times when Lakeland Police was out there, and what was so beautiful was that they’re out there playing catch football with the kids,” Debbie shared. “That’s something that just didn’t happen in Chestnut Woods. There was a time when children could not even play outside, it was just that bad.”

In 2019, Chestnut Woods is flourishing. Once in decline, the duplexes that line the street have steadily improved, a joint effort by both residents and landlords alike. The trees and forest area past the end of the cul de sac have been cleared, eliminating a major hotbed for criminal activity to occur. Prosperity hasn’t just been contained to Chestnut Woods, though.

“There were some interesting things I found out about Lake Mirror and the history of it, and then the history of our town. The more I looked into it, the more I found, and it made quite a story.”

“There were some interesting things I found out about Lake Mirror and the history of it, and then the history of our town. The more I looked into it, the more I found, and it made quite a story.”

“The efforts of Boots on the Ground [have] helped to identify problems in different neighborhoods that were able to be solved with a partnership with the city and its police department,” said newly named Chief of Police Ruben Garcia.

Today, Boots on the Ground is as loud and proud as ever, albeit on a biweekly basis now. Their focus today, as it was in the beginning, is for the mutual betterment of our community, and that starts with our youth.

“When we are out there, we’re dealing with young men. We talk to them and try to help point them in the right direction, scold them like we’re their mothers,” Debbie said. “All we can do is try and encourage, tell the truth, not sugarcoat anything, and love them.”

The progress Debbie and her team have made has had a resounding impact citywide.

“We had a very troubling time in our city,” shared Lakeland Commissioner Phillip Walker. “This particular young lady brought some much-needed support, I think, to Lakeland.” 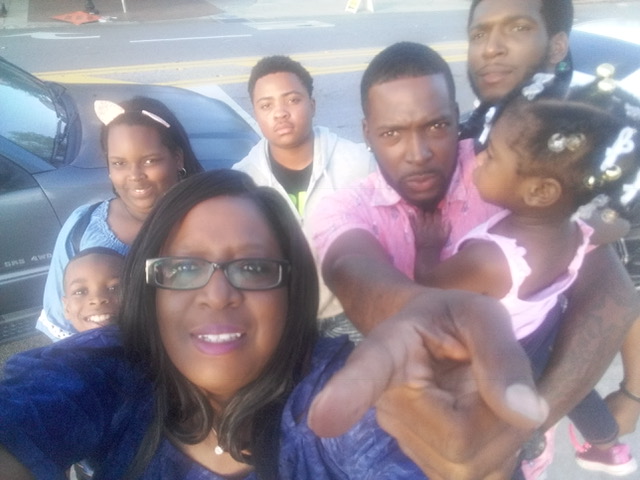 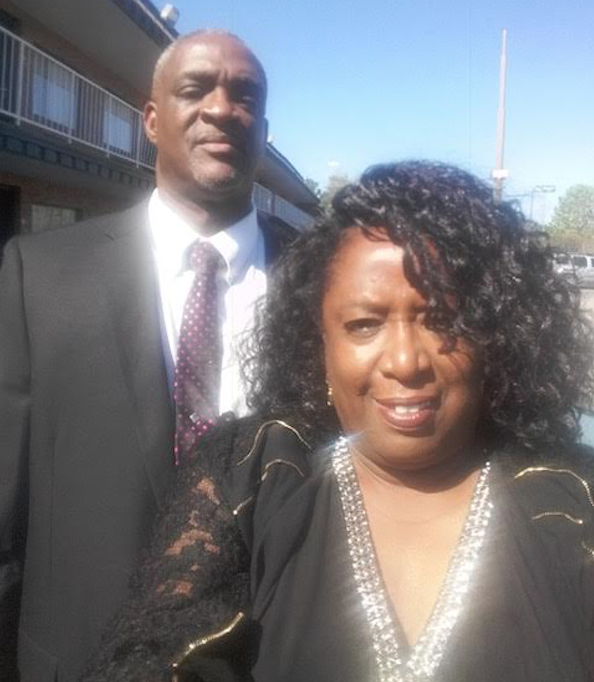 And A Leap Yet To Come

Reflecting on a city that’s so fortunate to have her, Debbie takes time to appreciate the simple nuances of life that Lakeland affords its residents.

A 30-year member of Bethel Gospel Tabernacle, Debbie’s faith in a greater good is as strong as the Lakeland spirit is alive.

“My hope for the future of Lakeland is that that spirit that is here now will continue,” Debbie said. “It doesn’t matter how much [Lakeland] grows as long as it grows without compromise.”

It’s not a tall ask of our city, but it involves all levels of our community, both residents and elected officials alike, putting Lakeland first in all that we do. Debbie mentions that our community leaders “have got to look at more self-sacrifice” in their positions to enact the positive progress we need as a collective. Progress that only Lakeland is capable of accomplishing for itself.

To tomorrow, Debbie wants to empower the individuals that live and breathe Lakeland at their core.

“If you can make a difference, be the difference,” Debbie said. “Do it scared. What I mean by that is that you may not have all the answers, and the first time you do it you may be shaking in your boots, but if that passion is there and that thing is on your heart and spirit to do, you go for it.”

Thank you Boots on the Ground, and thank you Debbie Crumbley for all that you do for our community.