The only difference between the ordinary and the extraordinary is ‘extra’. Lucky for us, a little bit of extra goes a long way.

Our February 2019 Lakeland CityMaker Melissa Morrow is as humble as she is resilient, yet her story is anything but her own – the families she’s helped welcome to the world can attest to that.

Life At The Start

Lakeland is a special place. Although we’re proudly inclusive of our diverse community, perhaps the greatest feature of our city is the family-first mindset that unites us all, both young and old alike.

Melissa is our diplomat to the next generation, and we couldn’t have asked for a better one at that. She owns Celebrate Birth, an independent midwifery renowned for their expertise in natural childbirth.

Here, expectant mothers receive holistic support for their pregnancies through a variety of services and resources made available to them. It’s in this regard that Celebrate Birth truly shines. With an emphasis on the “natural” aspect of their facility, Celebrate Birth brings the joys of midwifery into the 21st century with a modern approach that’s both personal and educational.

Yet, it’s the connections Melissa makes with these fledgling families that fulfill her days the most – even when they’re a bit longer than expected. You see, there’s never any shortage of turns in the road or bumps in the path in the midwifery field, but one thing remains constant above all else – an unparalleled level of compassionate care that puts the individual first every step of the way. 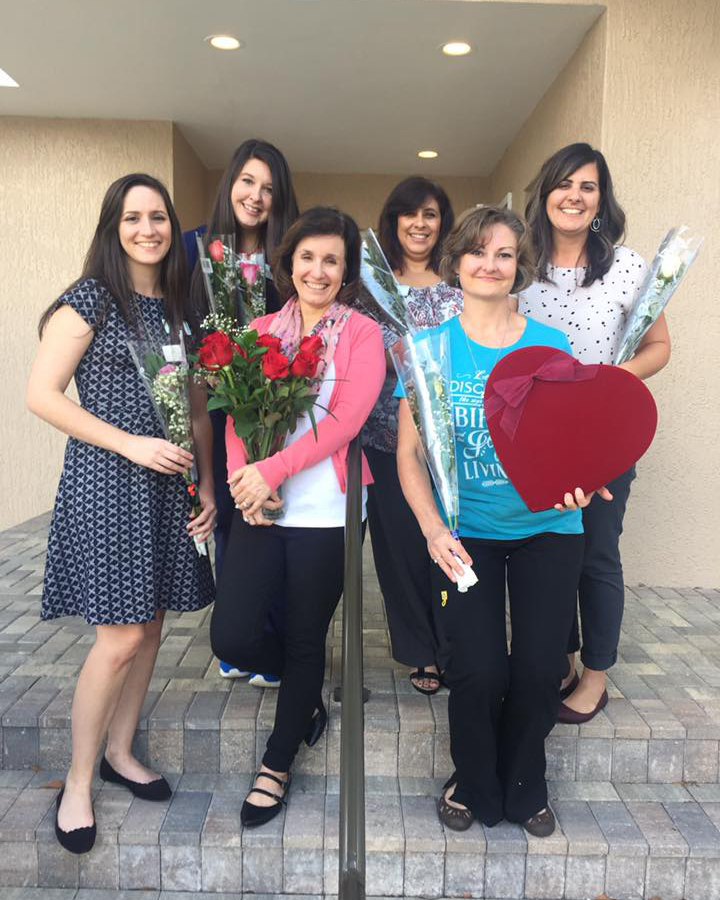 For many of us, Lakeland is home. It’s where the heart yearns for when days start feeling a little longer than they used to. Melissa is no exception. Born and raised here, she’s fully embraced the Lakeland walk of life as it’s the very one she’s been treading all this time.

“Lakeland is just amazing,” Melissa shared. “It’s close to things that are really exciting and fun, but still rural and cozy and homelike.”

Her ties to our city are just as strong as they are to Celebrate Birth itself. Originally known as “Labor of Love”, the facility has been a Lakeland staple since its opening in 1985. Melissa stopped by that inaugural year for a pregnancy of her own, only to realize that she’d found a home in her own backyard. Her calling was anything but clear, though. It happened just as naturally as the births the center provides for.

“I was an expectant mom when I started at the birth center, and then I never left,” Melissa said. “I started cleaning, then I started teaching, and then the years passed and I became a midwife, then the owner.”

Tucked under the shade of towering trees and local fauna, Celebrate Birth operates out of a home-like setting conveniently close to both Lake Parker and East Memorial Boulevard. The midwifery prides itself on its ability to make patients feel at home when they visit, ostensibly undeterred by the lack of a more hospital-like setting. It’s the informal, laid back environment that keeps expectant mothers returning year after year, yet Melissa isn’t content just providing services to those that can afford them – she’s doing all in her power to make them accessible to any and all that seek them out.

Alongside Celebrate Birth, Melissa operates The Nest, a nonprofit organization dedicated to bringing quality services and programs to families across our community. In this place “where families grow,” expectant parents can take classes on everything from prenatal nutrition to infant massages.

“[The Nest] is designed to reach other families who aren’t necessarily interested in the birth center or midwifery, but need education and lactation services and other support,” Melissa shared.

Melissa works tirelessly to help connect our community with the resources and care that they need to be successful outside of just their parenthood responsibilities. With a constant influx of new residents to this beautiful city of ours, there’s a never-ending query for help that grows larger as Lakeland does, too.

“We do home visits for families and we make sure that they’re living in safe circumstances,” Melissa said. “I feel quite skilled as a Lakelander that I can let them know where to find something. I have a lot of people asking me questions that have nothing to do with their care, but they just got here and they don’t know the town.”

Fielding questions and care is a full-time responsibility, but Melissa doesn’t complain. She handles things with uncanny ease. Her lighthearted professionalism is just another extension of all that she strives for in both Celebrate Birth and The Nest alike. 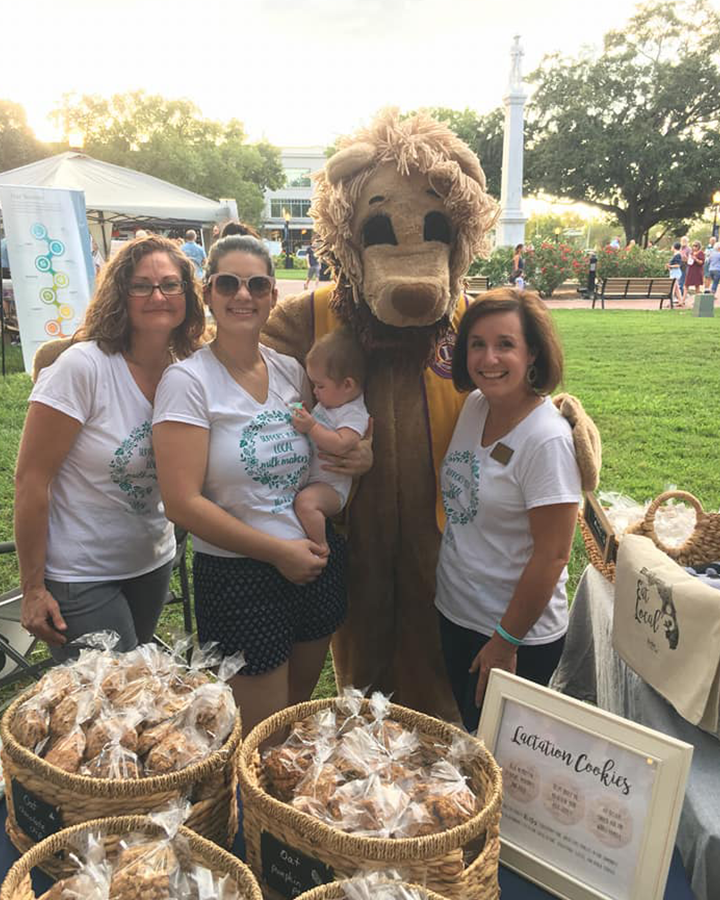 A Battle Yet Told

For as beautiful as it has the potential to be, life isn’t without its fair share of challenges. The gift that we’ve been given is one that has no set path or set of instructions. We navigate these winding roads of sunshine and rain the best that we can, and that’s all that can be asked of us.

Melissa’s story has had its fair share of turns along the way. She and her husband have been together for ten years and they have a blended family of six children.

Although books could never tell of the heartbreak behind these words, the Morrow family has suffered its own set of losses – those being that of both their youngest child and Melissa’s eldest.

It’s only through rough seas that sunshine prevails, and Melissa’s heart and commitment to our community are true testaments to that statement.

In 2019, Melissa’s focus has found a new means of communal impact, away from any limelight or splendor, by helping the Lakeland community improve starting at the most basic unit of community itself: the family.

“When you’re dealing with the aspects of building a family or birth, you realize they are the foundation of our society and our community,” Melissa said.

She reaches out individually to those that she can while she happily shares resources and other systems of support with the greater community, hardly asking for anything in return except for the betterment of our people in their most impactful years of life.

“My part in growing a great place here to live in Lakeland [is] by helping young families improve aspects of their life that I can have influence over,” Melissa shared. “I just keep doing it in whatever way seems to be the need for the day. It seems normal to me. I don’t feel like it’s anything extraordinary, it’s just me wanting to help people.” 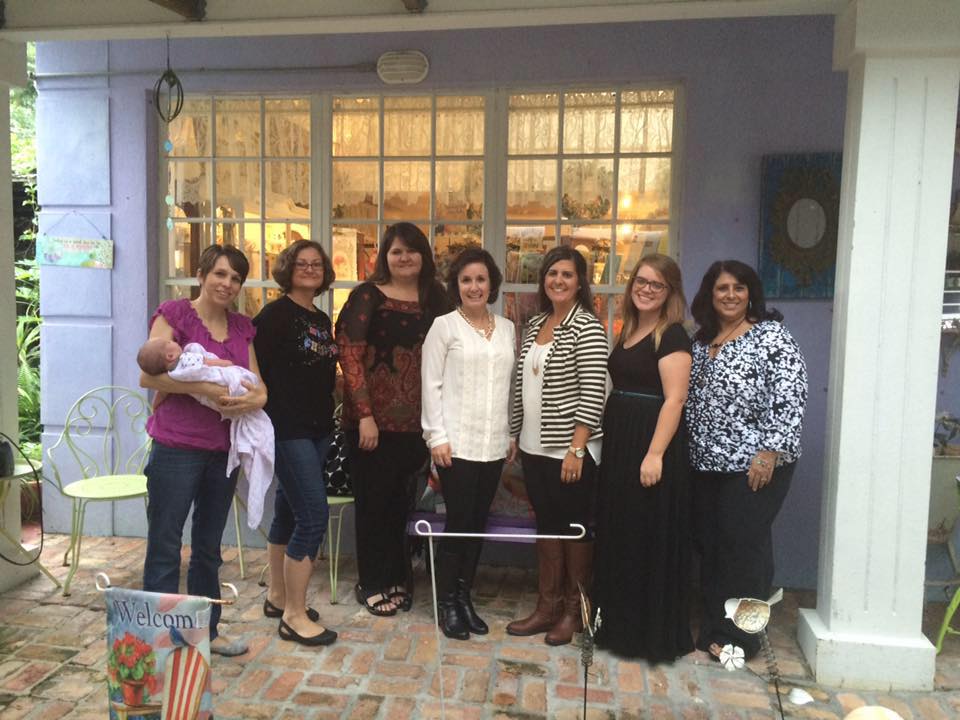 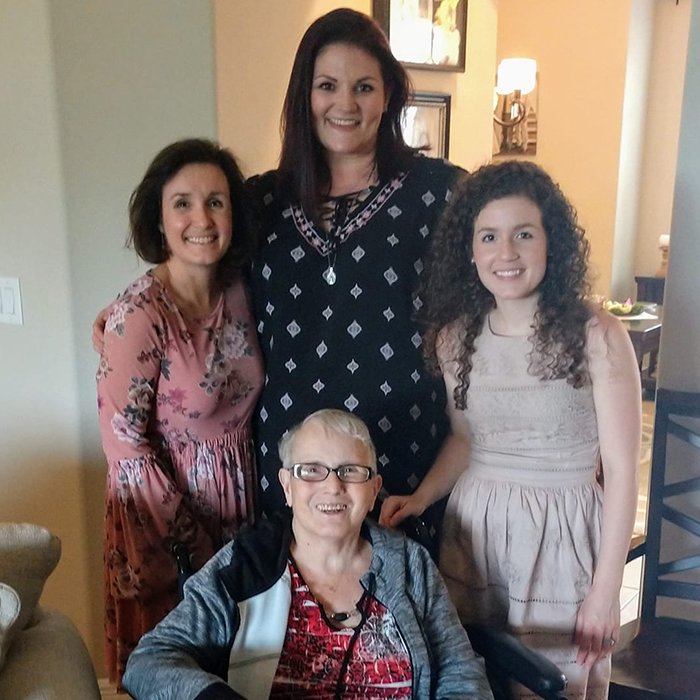 A Rainbow On The Lakes

Although she struggles to recognize herself as a community leader, her actions tell their own story. A story of growth, a story of strength, and a story of hope. Her faith in our community knows no bounds. Time and time again, she’s shown up with a willingness to help that we couldn’t be more appreciative of.

“My work is more about a calling for me and a lifestyle and a commitment to that aspect of life,” Melissa said. “The only thing I can figure I’ve done is that I answered the calling to be a part of the community and I’m just devoted to seeing it done well.”

In her commitment to her community, Melissa envisions a better tomorrow, starting from the top down.

To those still finding their voice, Melissa has faith.

“See a need, pay attention, and fill it,” Melissa said. “It’s not hard to do something really small for someone that will make a huge difference.”

If you’d like to support Melissa and Celebrate Birth, consider attending the Global Big Latch On, tentatively scheduled for Saturday, August 3!