There’s a level of passion to all of our endeavors, be they personal or business, that drives us to do better and be better. For our November 2018 Lakeland CityMaker, that passion isn’t just driving her – it’s driving a community of survivors to reclaim their lives, their families, and their communities from the evils of abuse and exploitation.

Alison Foley runs Foley Immigration Law. Described by a client as being “absolutely amazing at what she does,” Alison handles cases of immigration law with a level of expertise and care that’s unique to her practice. She serves as the legal counsel for her clients, many of whom are perplexed by the intricacies of the immigration proceedings. No matter the case, Alison and her team never fail to handle their clients with the respect and due diligence that they deserve.

“Our motto as a business is ‘experience, compassion, community.’ We feel like those are the three elements that set us apart,” Alison said.

Those very three elements aren’t just a representation of her law firm, though. Alison practices what she preaches, and don’t worry – she can preach. 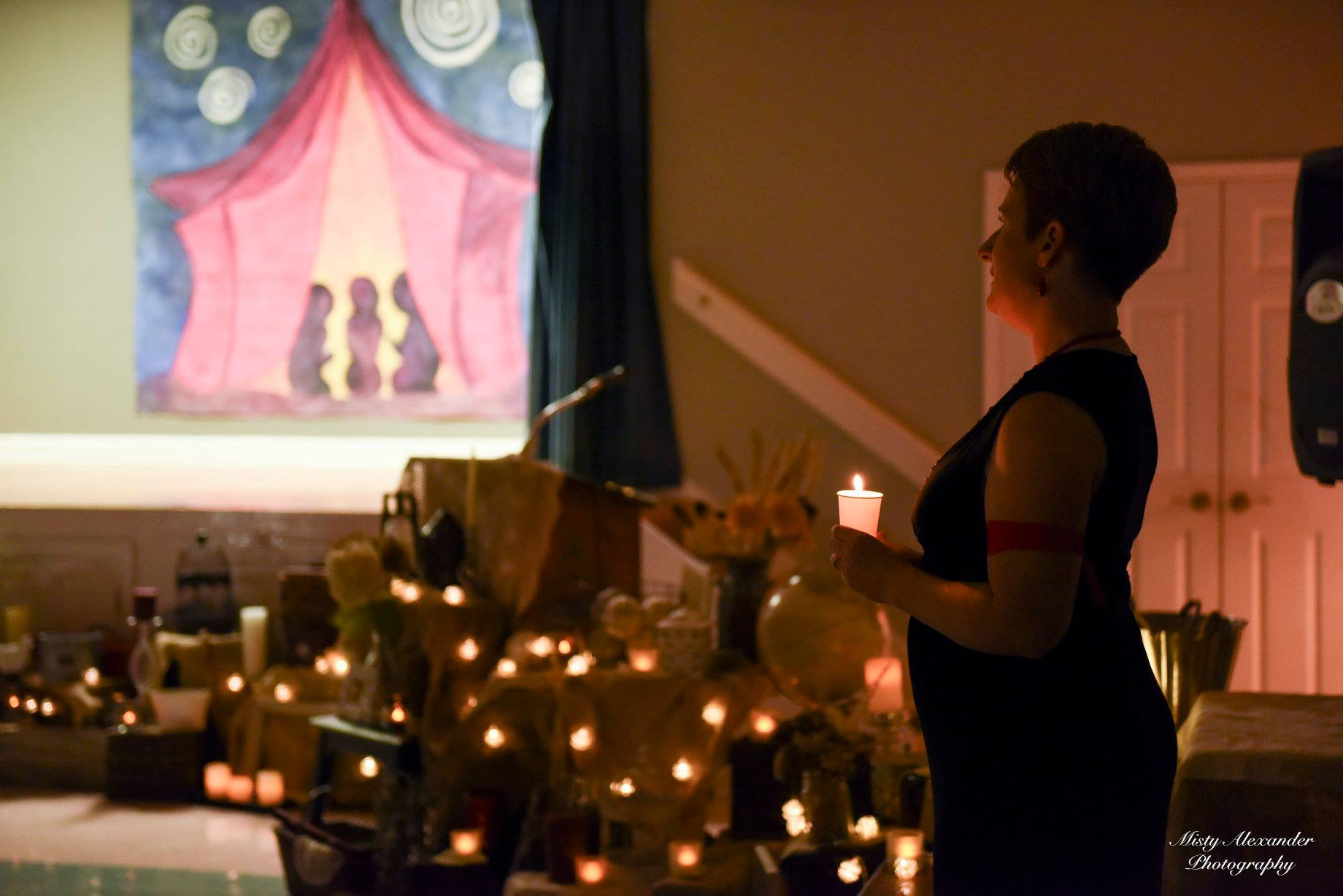 For just over four years now, Alison and her family have been calling Lakeland home. Her husband works as a veterinarian at My Pet’s Animal Hospital and her two children are wrapping up their final years in elementary school.

Life moves fast, but Alison’s along for the ride.

“I’ve been doing immigration law full-time, day in and day out, since 2004,” Alison shared. “Fourteen years of doing this 24/7 basically means that we know we have a more in-depth knowledge than your average general practice attorney who might do that as one of a list of things that they do.”

Her experience is vast and covers everything from visa law to deportation defense, but the one thing that sets Alison apart the most is her connection to the community that loves her so.

“We make every effort to be out in the community,” Alison said. “We really believe in giving back. We do a lot of sponsorships for the community, and we do a lot of pro bono and low bono work. The nonprofit that I founded in part came out of a desire to be able to do more for survivors outside of just the legal realm.”

Alison’s nonprofit, The Red Tent Initiative, was founded in 2015.  A space designed to give control back to the survivors of domestic violence, sexual assault, and human trafficking, the Red Tent Initiative empowers its members to regain control of their lives by advocating for and supporting one another.  Herself a survivor, Alison founded the program as a means of turning a negative into a positive – a darkness into light.

From her years practicing law, Alison came to meet many survivors who struggled to navigate the legal minefield that is immigration law while still dealing with their own demons as a result of abuse and exploitation.

With genuine empathy, Alison dismantled the unspoken rules about how clients and lawyers were supposed to interact, instead opting to engage in more personal discussions that drew upon some of her own life experiences.

By being vulnerable and dropping her guard, Alison said, “I could explain to people that I am a survivor and I know what it’s like to struggle.” The compassion she was able to foster as a lawyer helped her prove to her clients that she wasn’t just there to provide them with a service – she was there for them as a person, too. Lucky for Lakeland, the intimate connection Alison shared with her clients wasn’t going to be contained to just her practice for long.

Combining the feelings of vulnerability with nontraditional social services, the Red Tent Initiative was launched to give an empathetic space to survivors looking to share their stories and grow beyond the scars they hid within. Here, these strong individuals weren’t going to be told no – they were going to be shown compassion the only way Lakelanders know how: unconditionally.

“They’re coming from a place where the whole abuser-victim relationship is so disempowering to the victim,” Alison shared. 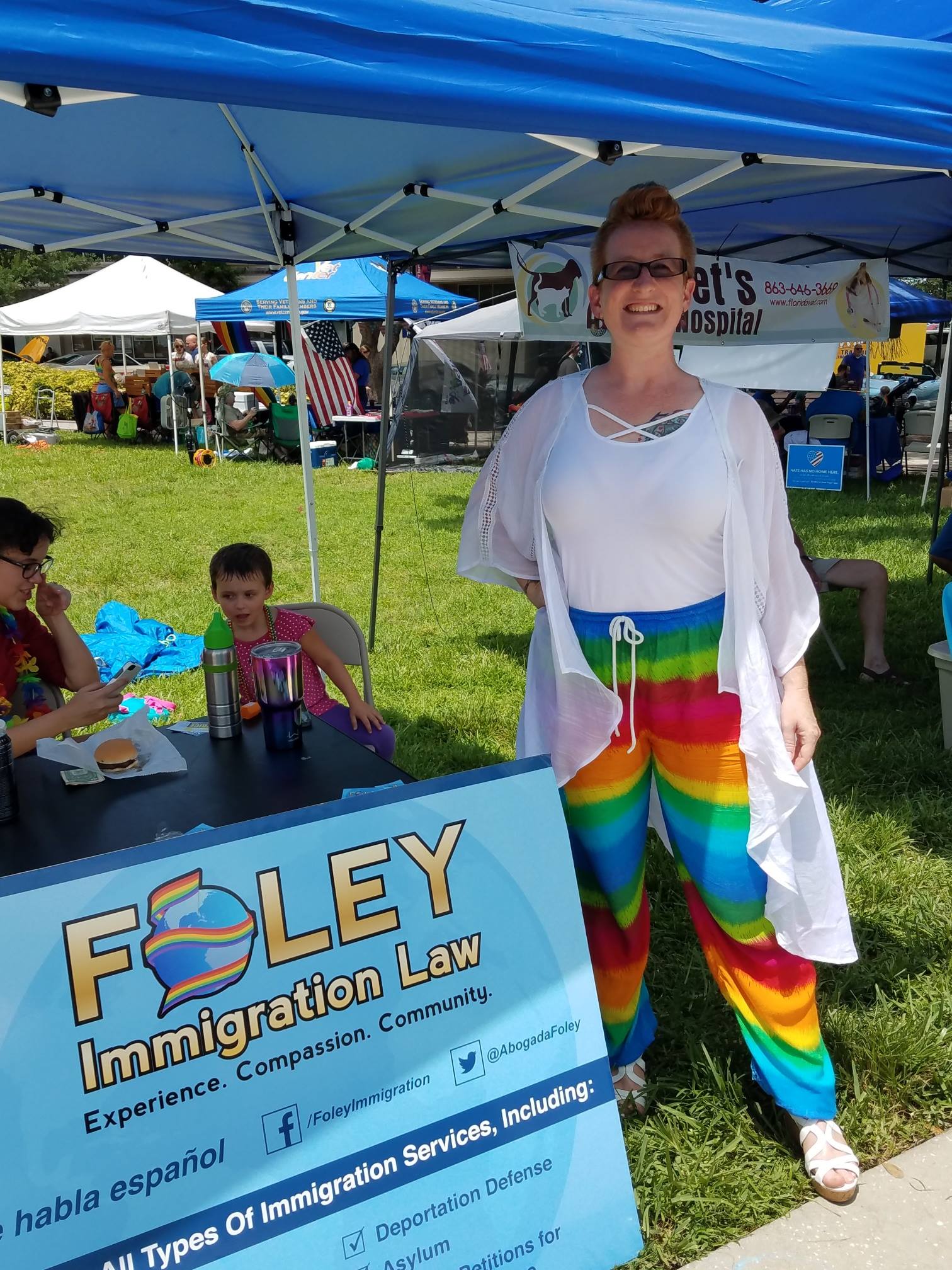 She explained that these victims didn’t want to enter yet another situation where they weren’t in control or where they’d be turned away because they didn’t meet specific criteria to be helped. Rather, Alison saw the need for human connection in each tale she heard from survivors, and she made sure it was going to be met. 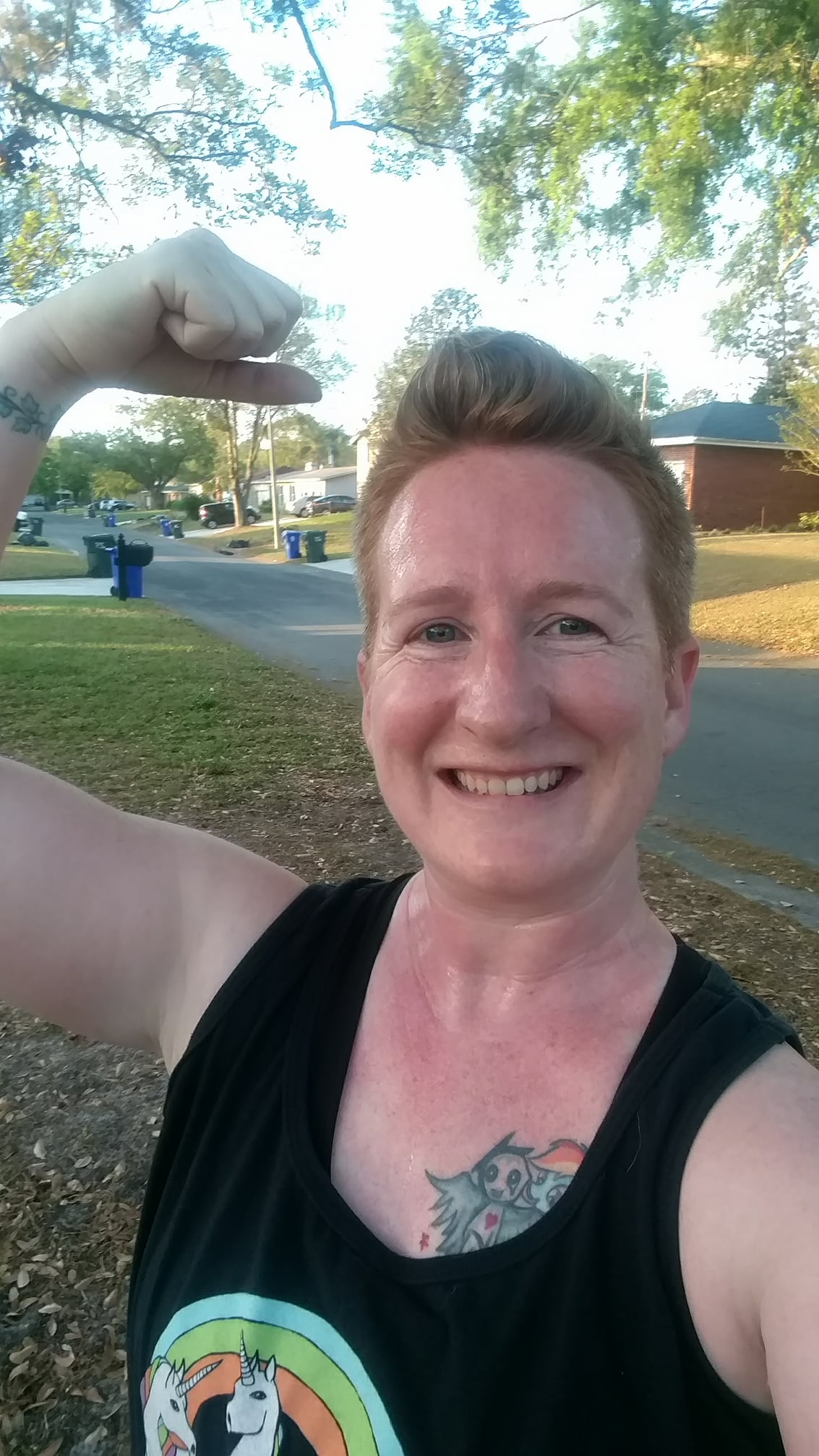 In its infancy, the Red Tent Initiative hosted an event later to be dubbed the Red Tent Collaborative, where they invited local community leaders to speak and give their thoughts on issues such as abuse and gender inequality. Unbeknownst to Alison, these community leaders weren’t just leaders – they were survivors themselves, and they were going to tell their stories.

Flipping the narrative on its head about what it means to be a survivor, the Red Tent Initiative showed victims that they didn’t just have to be victims.  They could be strong, independent go-getters who played prominent roles in their respective communities.

In 2018, the Red Tent Initiative is still going strong. Its “Wellness Wednesday” events are held on the third Wednesday of each month and feature activities such as yoga and interactive writing workshops. By building up the individual with a focus on the arts, the Red Tent Initiative strives to never let its members be torn down again. Community feedback has been great, to say the least.

“It amazes me over and over again how wonderfully supportive people have been, and how ready and willing to jump in and get involved [they are],” Alison shared. “They’ve taken my little idea and given so much of their time and energy to it that it’s become this big, beautiful thing that I hoped for, but I wasn’t sure was actually possible.”

That’s not to say Alison’s lost any focus on her practice, though. While the Red Tent Initiative and its projects have grown exponentially since they were launched just a few short years ago, Foley Immigration Law has been making strides of its own.

In Lakeland, our diversity is key to our growth as a city. That’s not just something to be measured in size, argued Alison, but in our town’s “capacity for generosity and compassion for our neighbors.”

And A Few Calendars Yet To Come

As she reflects on her work and her personal journey, there’s an air of overflowing optimism that accompanies Alison when she speaks, but it’s not just about the immigrants and survivors that she’s helped; it’s about our community, its members, and the city that we’re so fortunate to call home.

In looking to the future and the CityMakers yet-to-be, Alison proposes that the next generation remember just how important the power of connection truly is.

“Network like your life depends on it,” Alison said. “Lakeland is a very close-knit community and that means that building trust is absolutely key to success, no matter how you define it.”

Given the trust her clients and fellow survivors have in her, Alison does everything she can to help those in her shoes and the shoes she’s outgrown. It’s when she sees those personal successes that she knows it was all worth it.

“Seeing people make that journey, from being just scared, bewildered, and feeling trapped in their circumstances and being able to tell and show them that there’s a way out and we can help you, and then being able to show them that open door and lead them through, and then just watching them flourish … it’s awesome; priceless.” 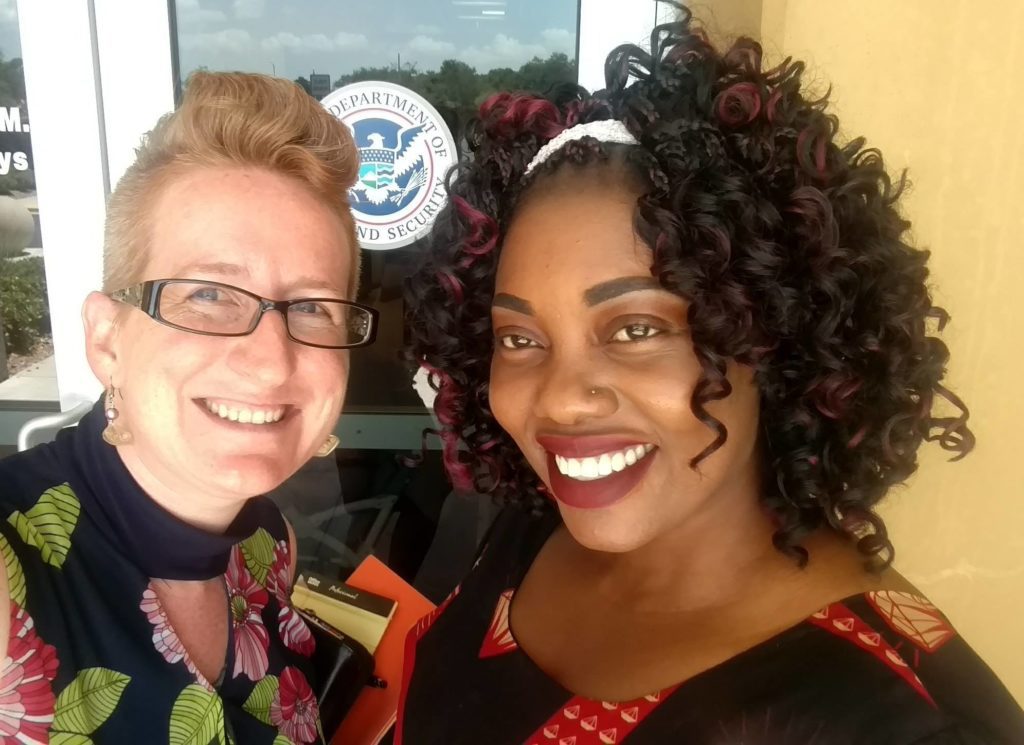 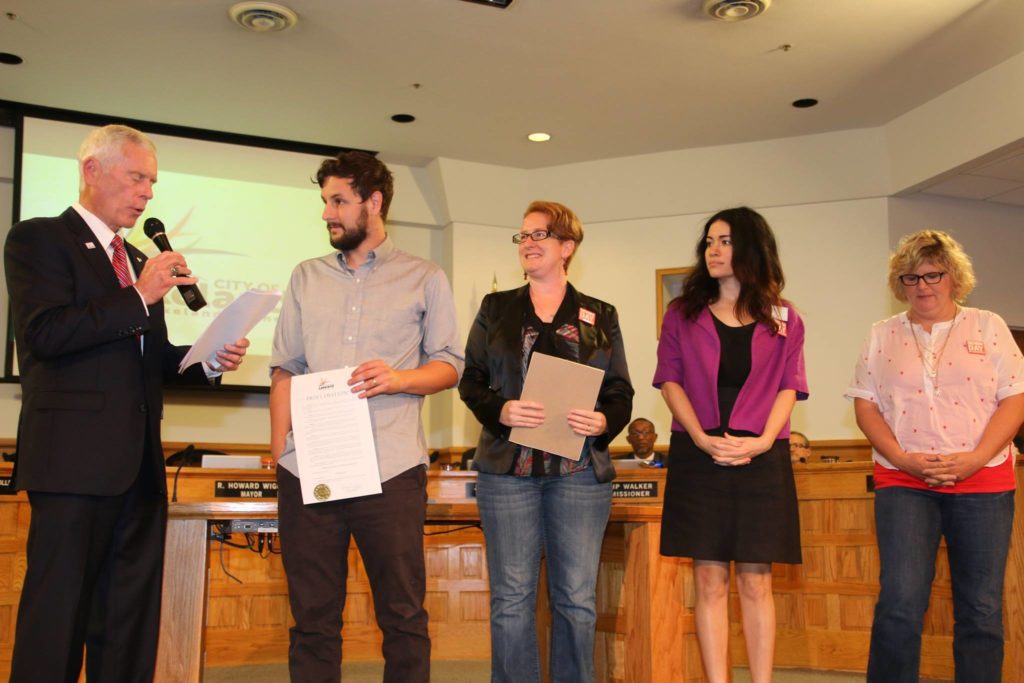